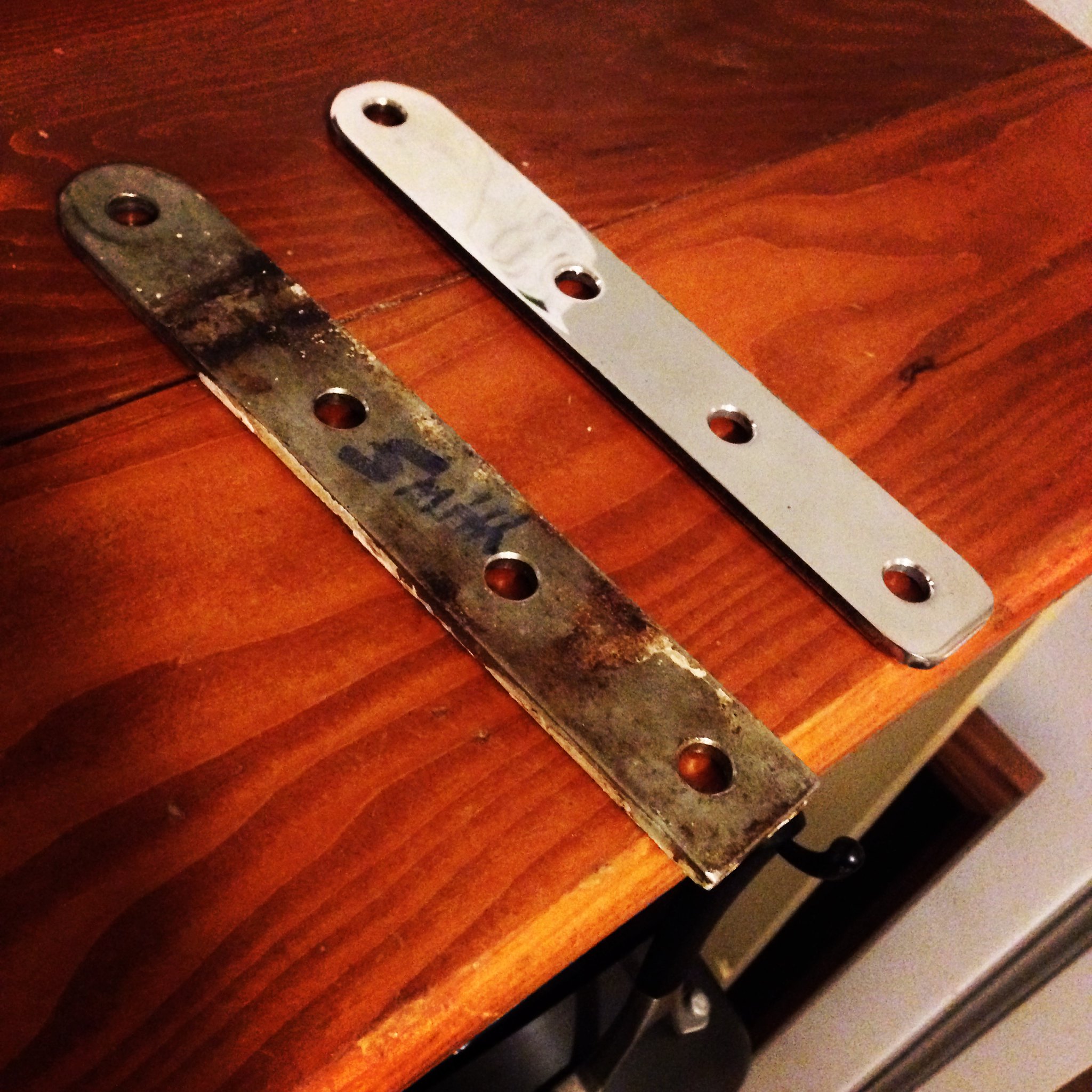 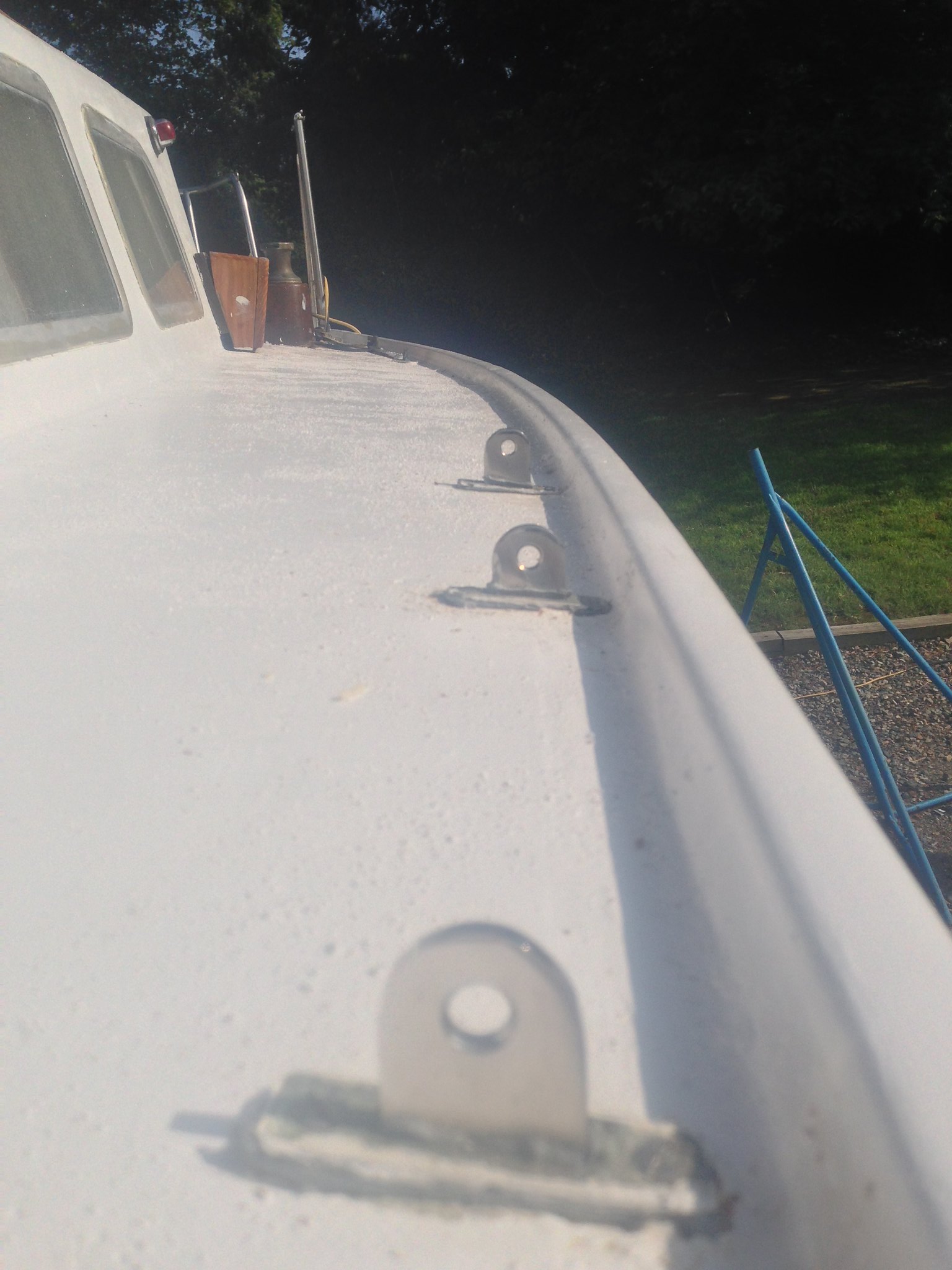 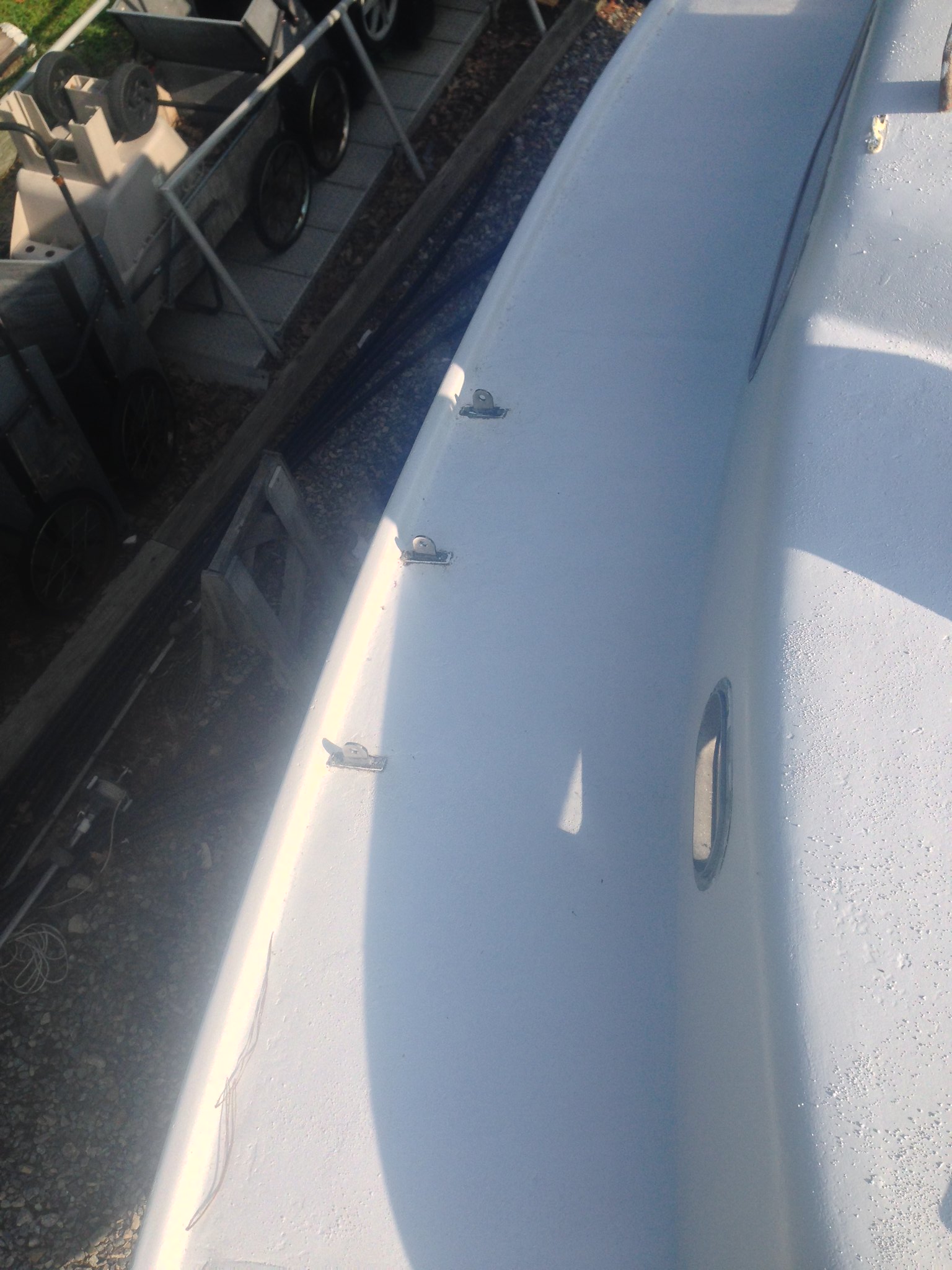 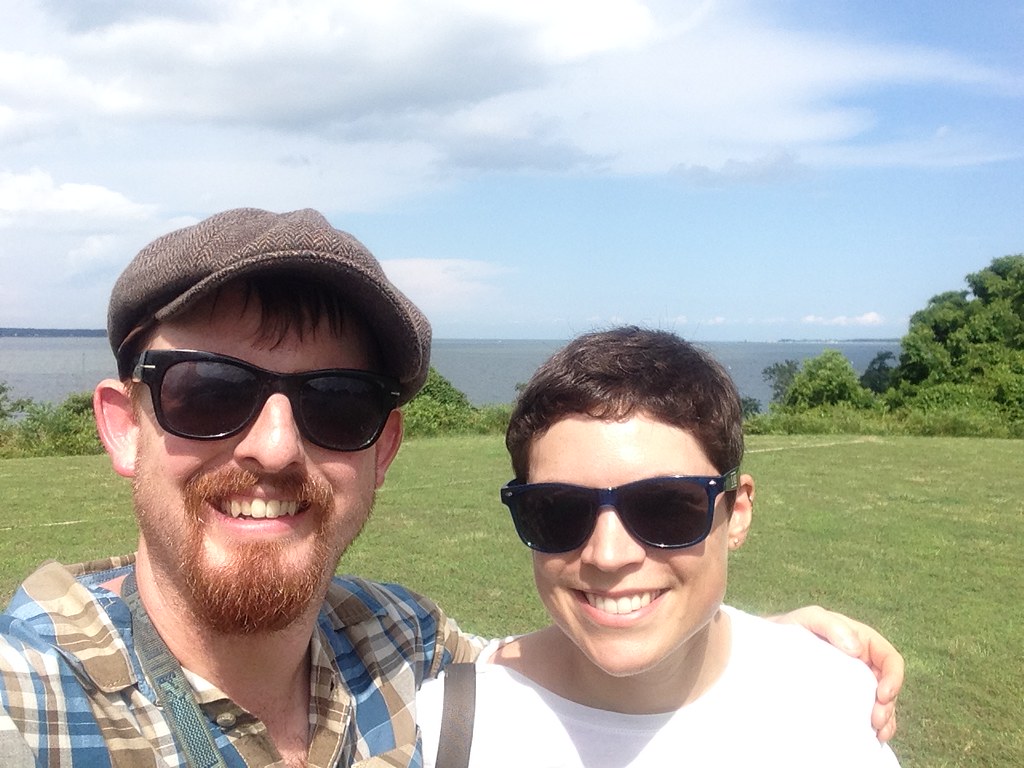 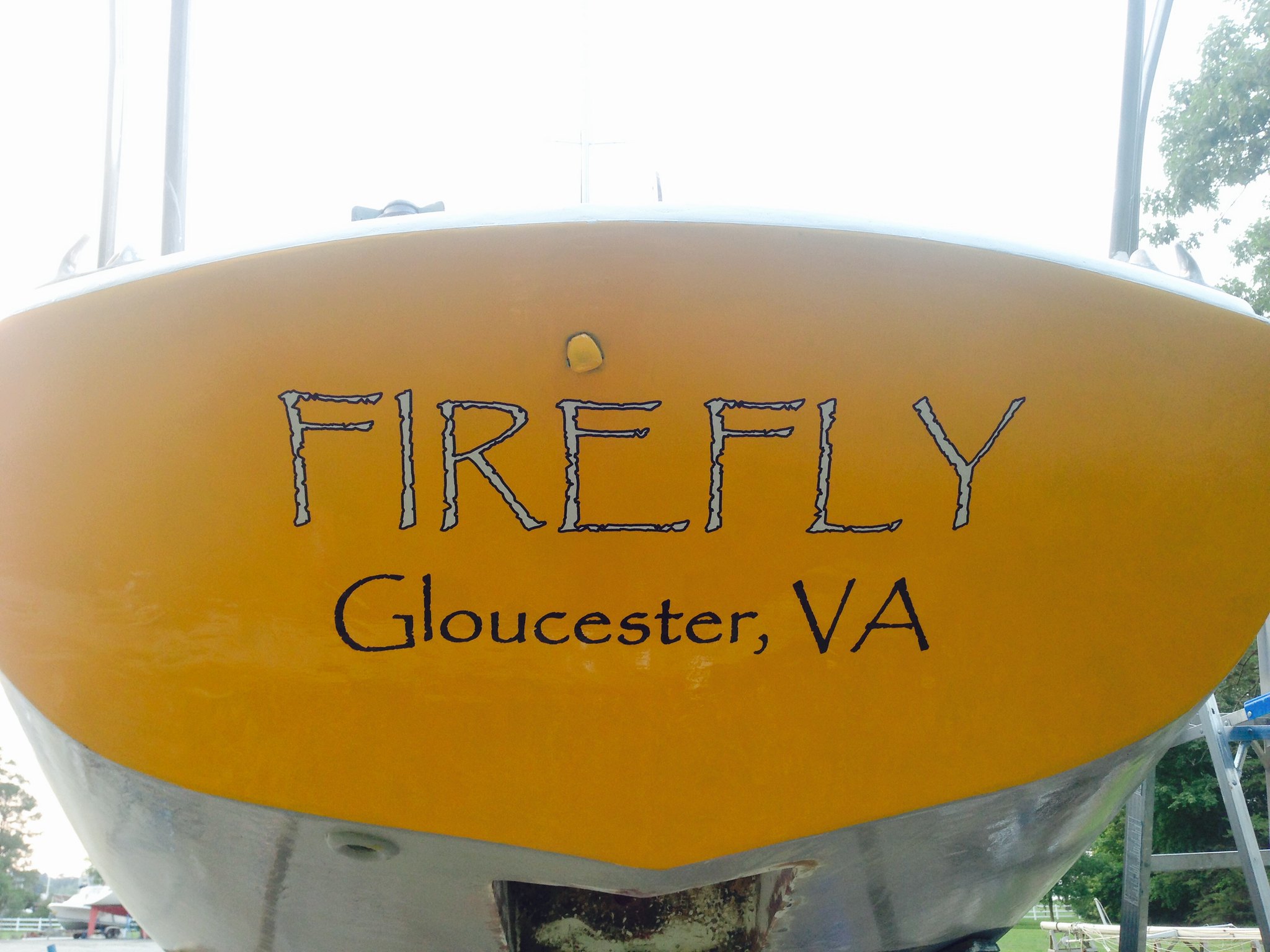 We’ve alluded to it, we have made sly references, we admitted it quietly when my Uncle Tom guessed right…Pearson Ariel Hull #412 shall from henceforth be known as the Sailing Vessel Firefly! We didn’t want to make a big deal out of the new moniker until it was officially stamped on the hull and the previous name was fully removed. The weather gods demand slavish attention to detail, and additionally aren’t known to turn down a drink or two. We obliged. 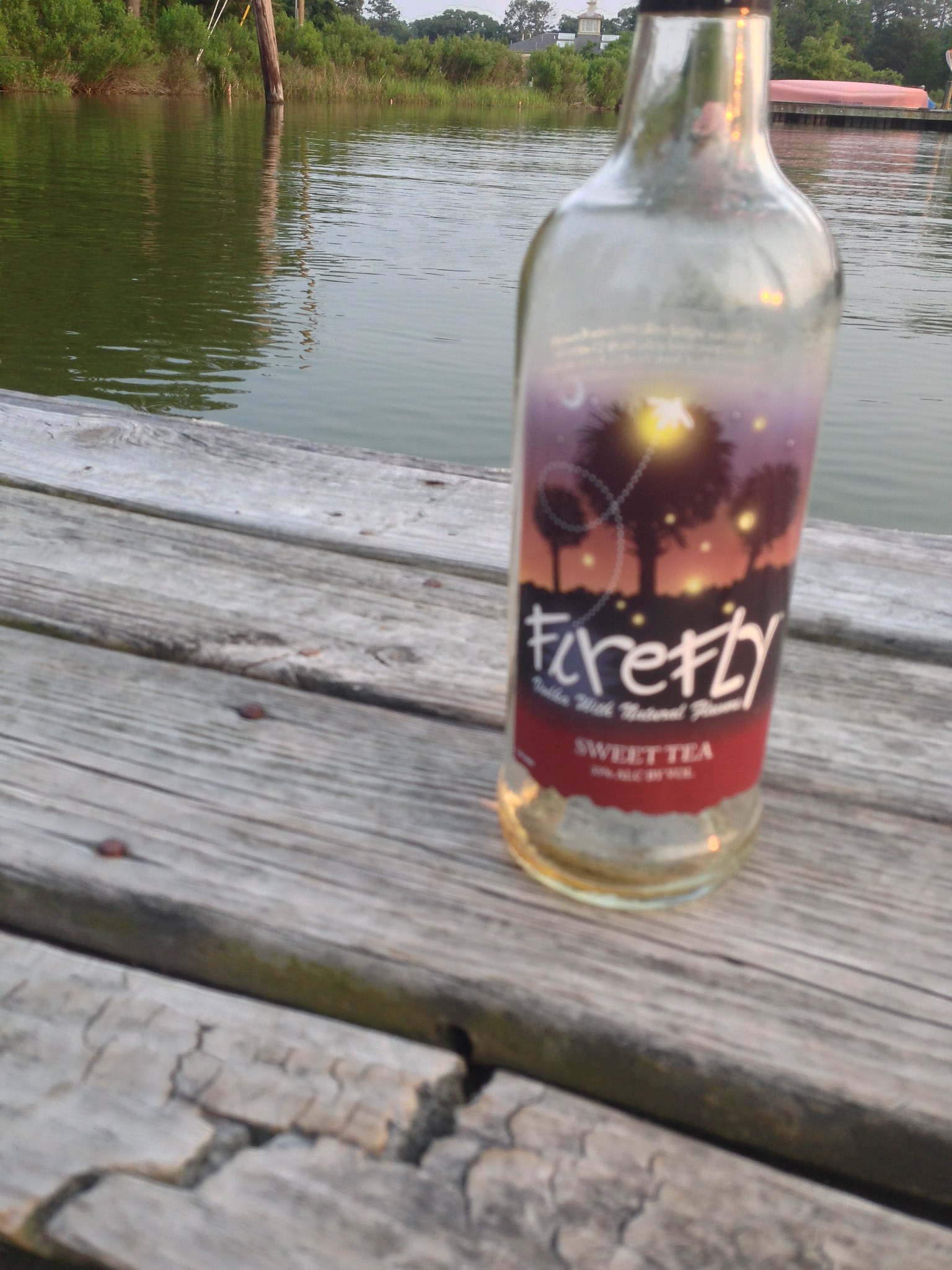 We used peel off vinyl lettering, pretty easy to use but it was a good thing our friend Jerd joined us, definitely needed the extra hands. 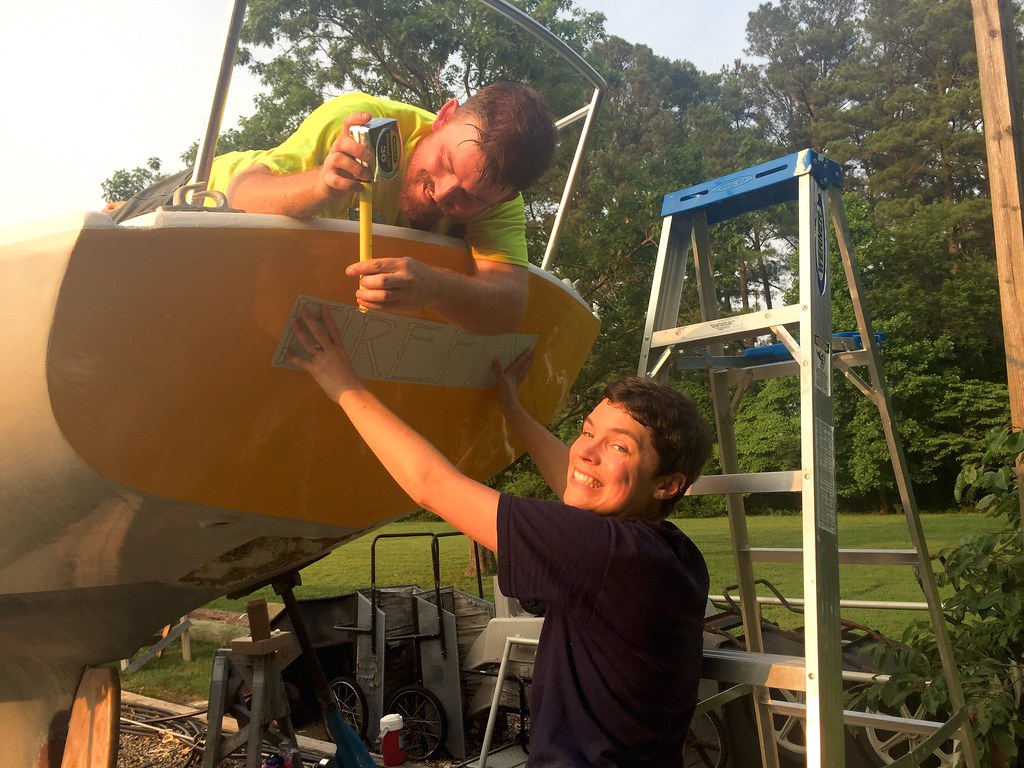 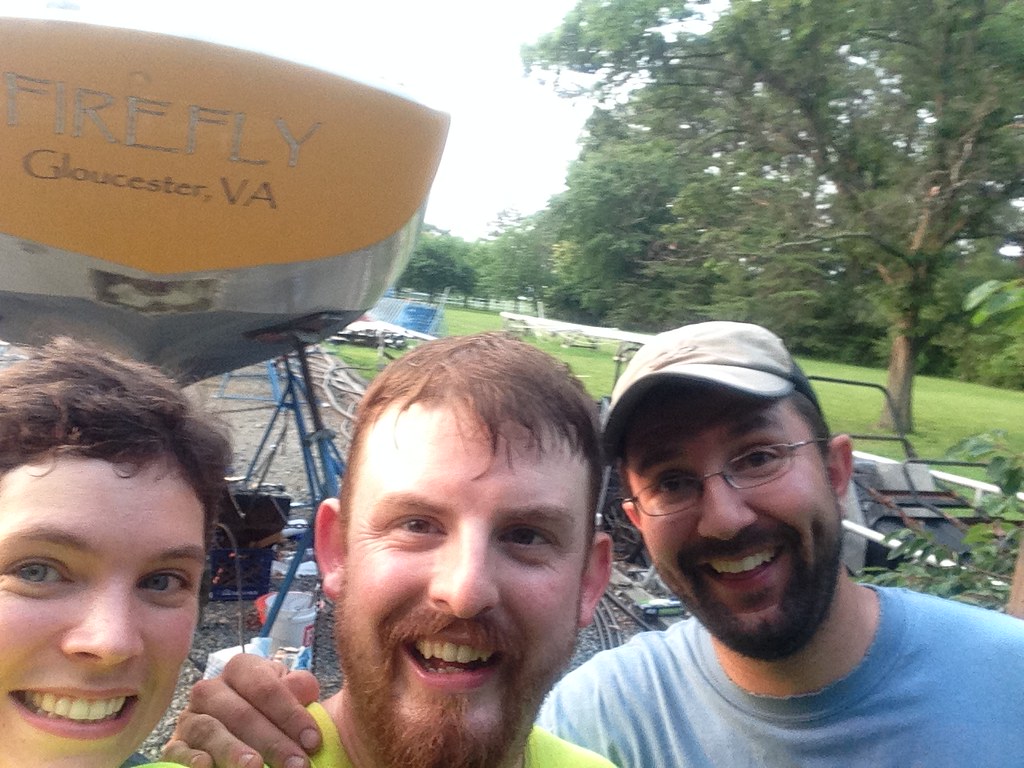 I think it looks pretty sharp, I know Ryan does too. 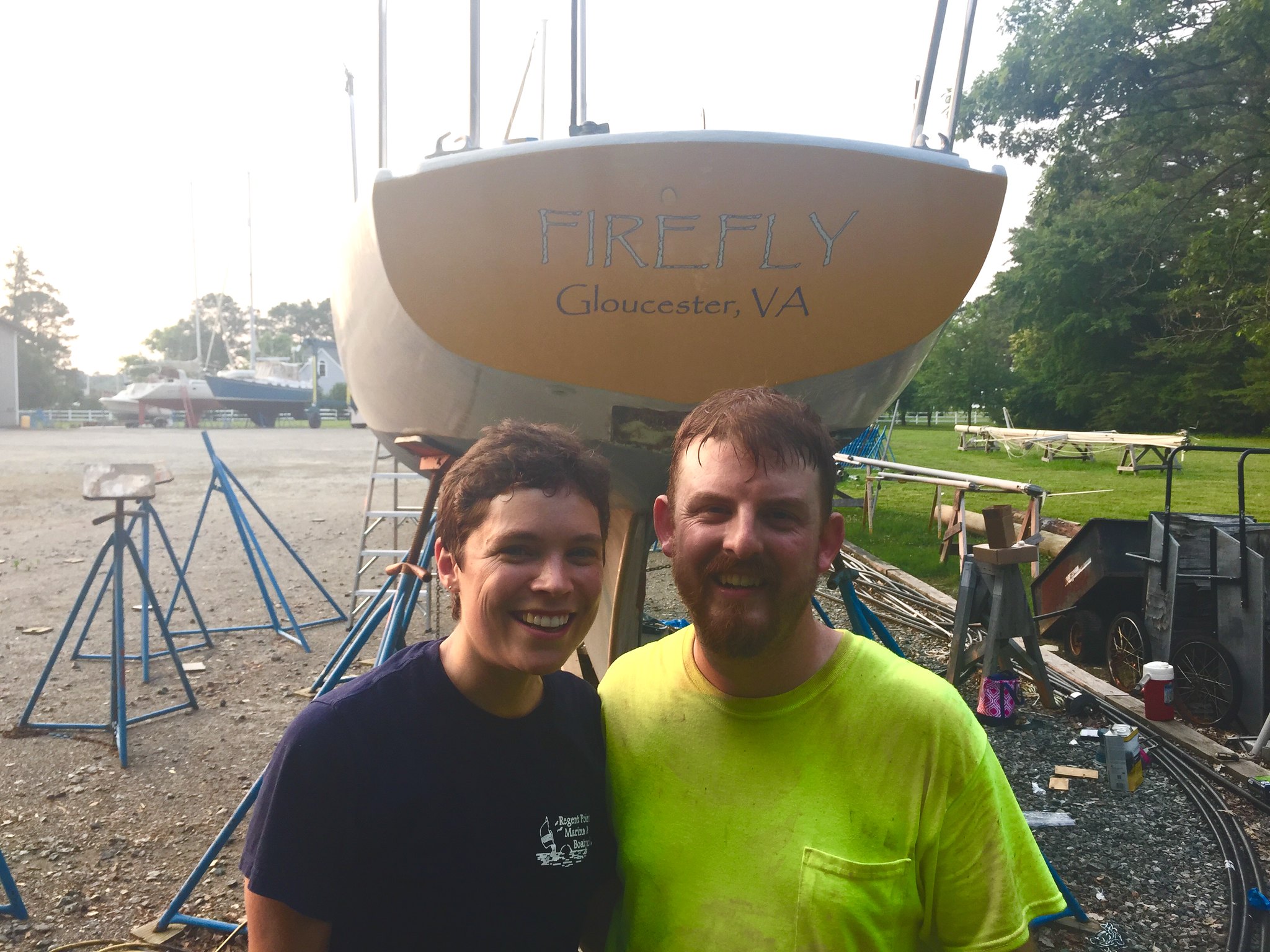 Ryan spoke some words, and a hearty dram was poured out for the boat, for Boreas, for Eurus, for Notus, for Zephyrus, for Aeolus,and of course, for Poseidon. 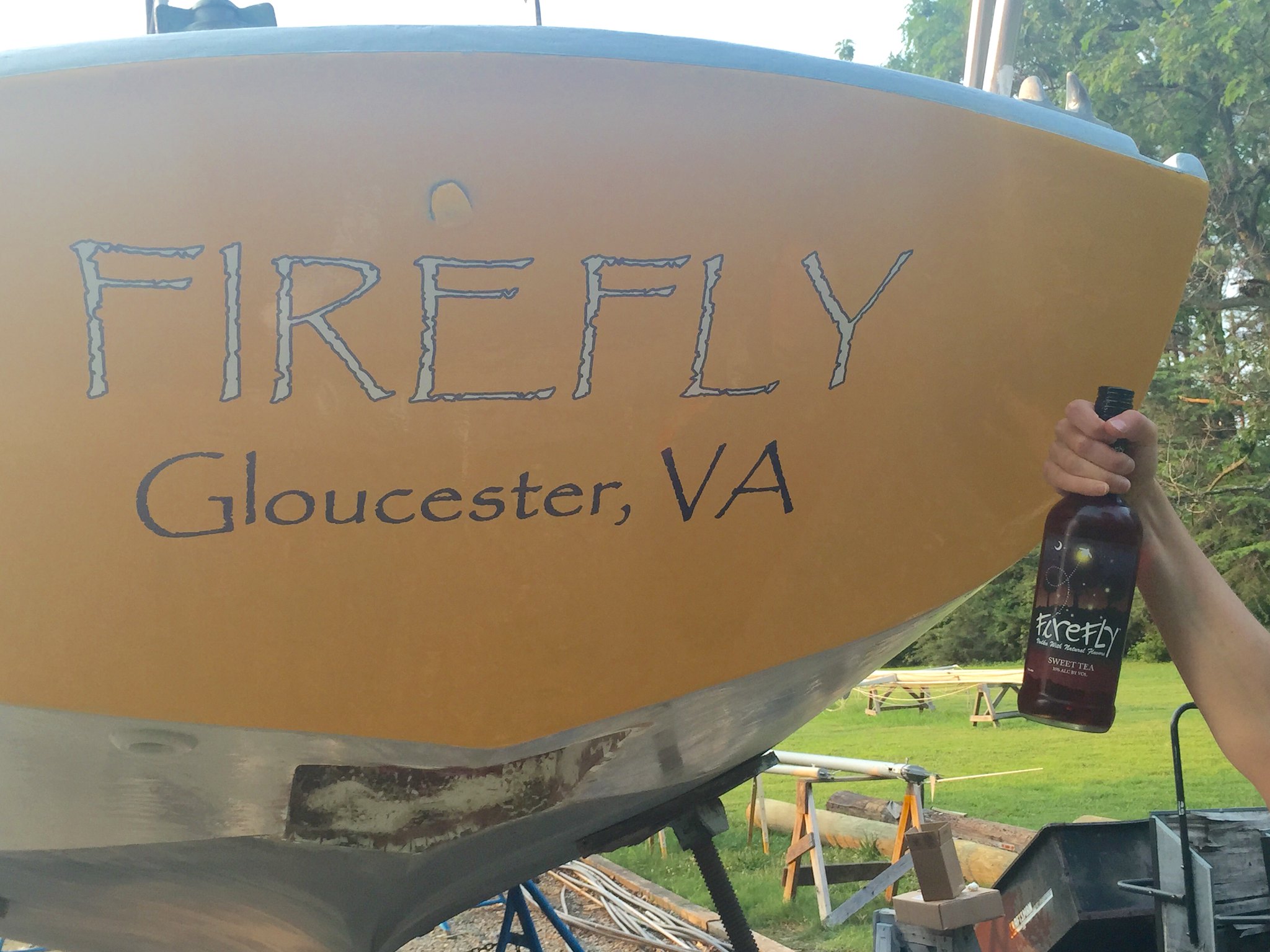 In case you didn’t already think that we are huge nerds, our beloved craft is not in fact named after vodka (a happy coincidence) but the titular vessel from the show “Firefly.” If you are unfamiliar with the show, what follows will certainly not make any sense.

Initially we considered naming her “Serenity,” but it’s a fairly common name for sailboats conned by ageing retirees. Nothing against them, but that ain’t us. Also, as Simon Tam said “Always thought the name Serenity had a vaguely funereal sound to it.”

Ryan also came up with the genius idea to paint the transom yellow…just like the spaceship!

Sweet painting from this guy: sumrow

You can find various oblique references throughout the blog, here’s a few:
Shiny!

Ryan closed the ceremony with some reflections on the project so far, and our hopes that when completed it will be a vessel for spending happy days with friends and family. She also had on hand my favorite “Firefly” quote:

Graphic by The 11th Hour

Archimedes reputedly stated “Give me a lever long enough and I’ll move the world.” Our aspirations aren’t quite so lofty here at the Bonnie Boat, but we do love our simple machines. (Ok, I love my simple machines. Levers in particular.)(And perhaps the occasional spanish windlass) The object to be levered in this case was a recalcitrant thru-hull, aka “seacock.” (don’t google that) I was idly poking about the boat about a month ago when I noticed that the seacock attached to the old sewage discharge was slightly open…I vaguely remember fiddling with it when we first hauled the boat out. I think my buddy Darbs was with me (who was working at a boatyard at the time) and he said something like “don’t touch that.” I should have listened.

The offending orifice is the one on the right. Pic circa 2013

At any rate, I tried shutting the valve with no luck. I began a steady ration of PB Blaster- every time I was at the boat, I would shoot a bunch of lubricant (into the seacock) from both sides. Still very, very stuck. I took all the nuts and grease fittings off. I checked the forums and the interwebs, still stuck. I came across a suggestion somewhere to fit a length of pipe over the end of a wrench, but I was worried about applying that much leverage to the hull. I cut a section of dowel and wedged it between the fitting and the main bulkhead, to avoid cracking the hull… 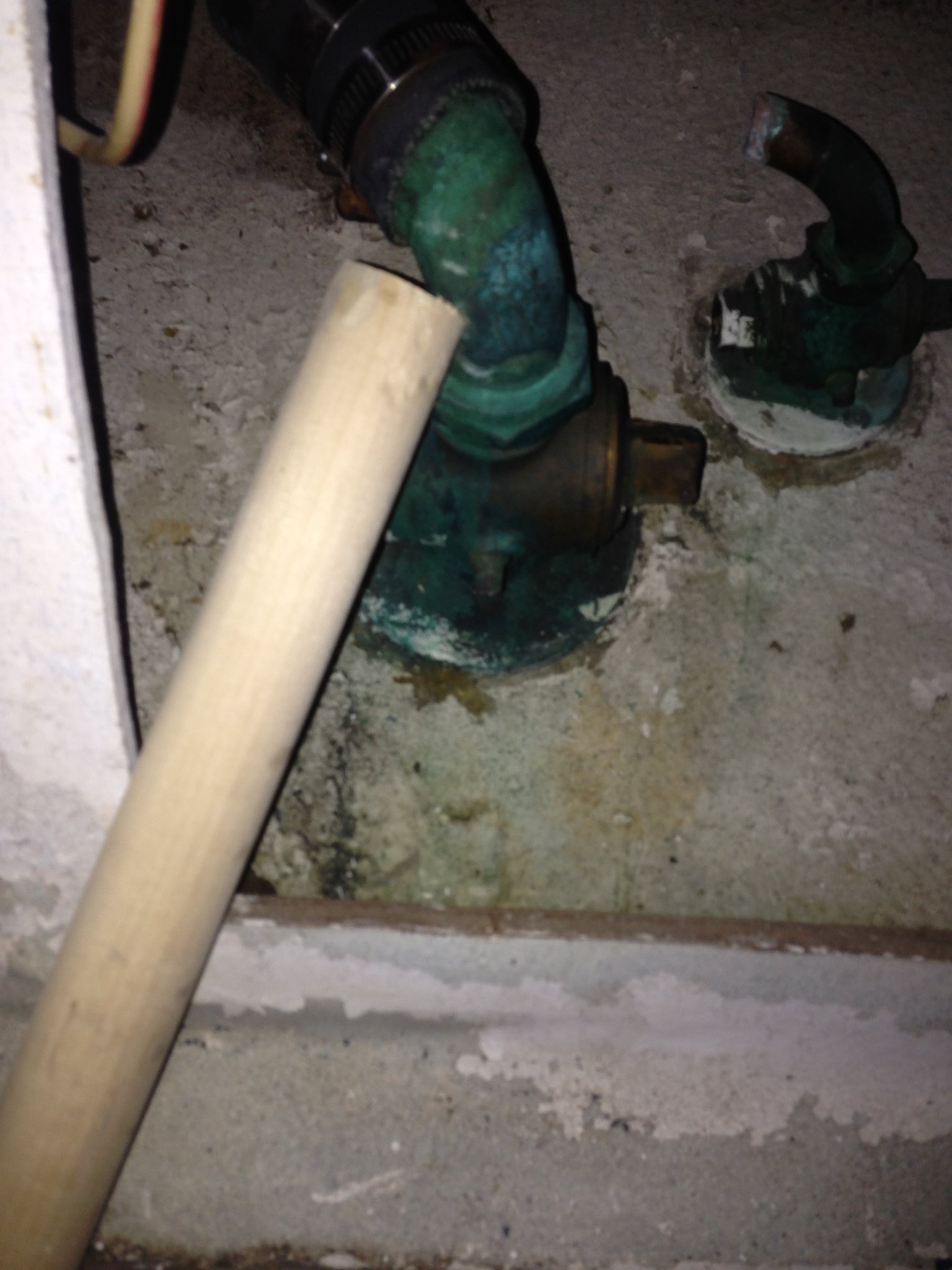 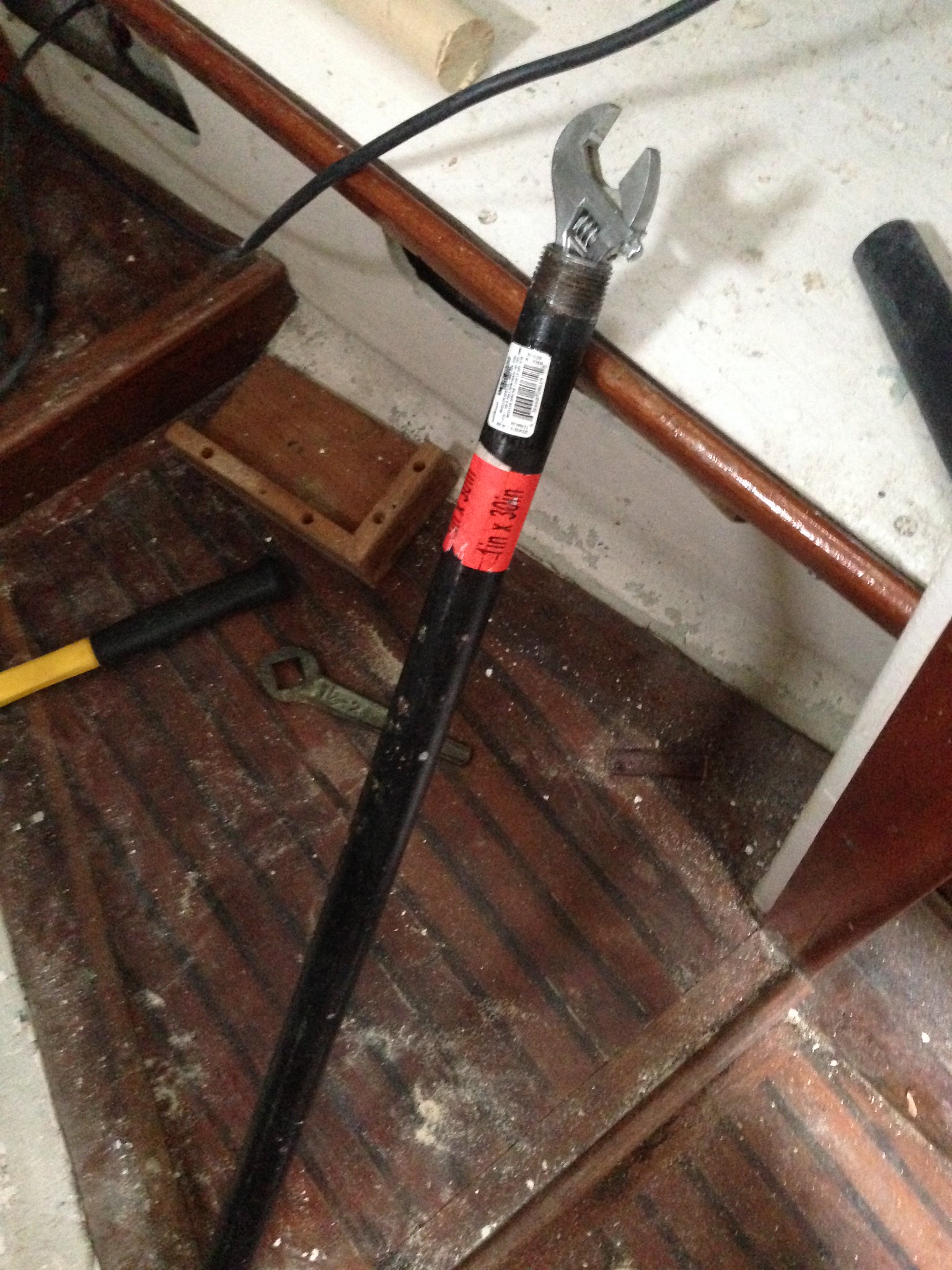 And by God it worked! 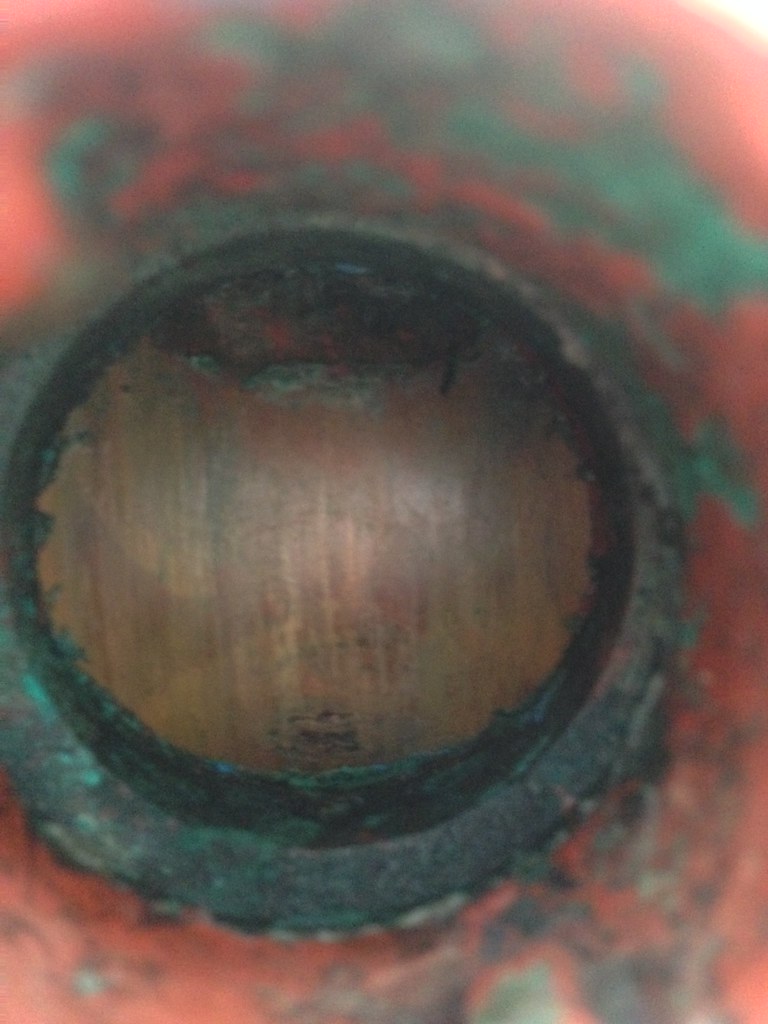 That right there is what a closed seacock looks like.

In other non-seacock related things, our good friends the Curry’s are getting ready to record their second album. I’ve plugged their music here before, but if you haven’t already done so, click on over here to check out their Kickstarter. I’m pretty sure that these guys are really talented, and I’m not just biased because they’re good friends. Ryan and I listen to their first album all the time, and we’re excited to get our hands on the next one.

Finally, I’d like to give a shout out and a very big thanks to the generous owner of Pearson Ariel hull # 393, who helped us reach our fundraising goal for this year’s Race for the Cure. We were both very grateful, and excited to see that people are reading the blog other than our parents. Thanks!