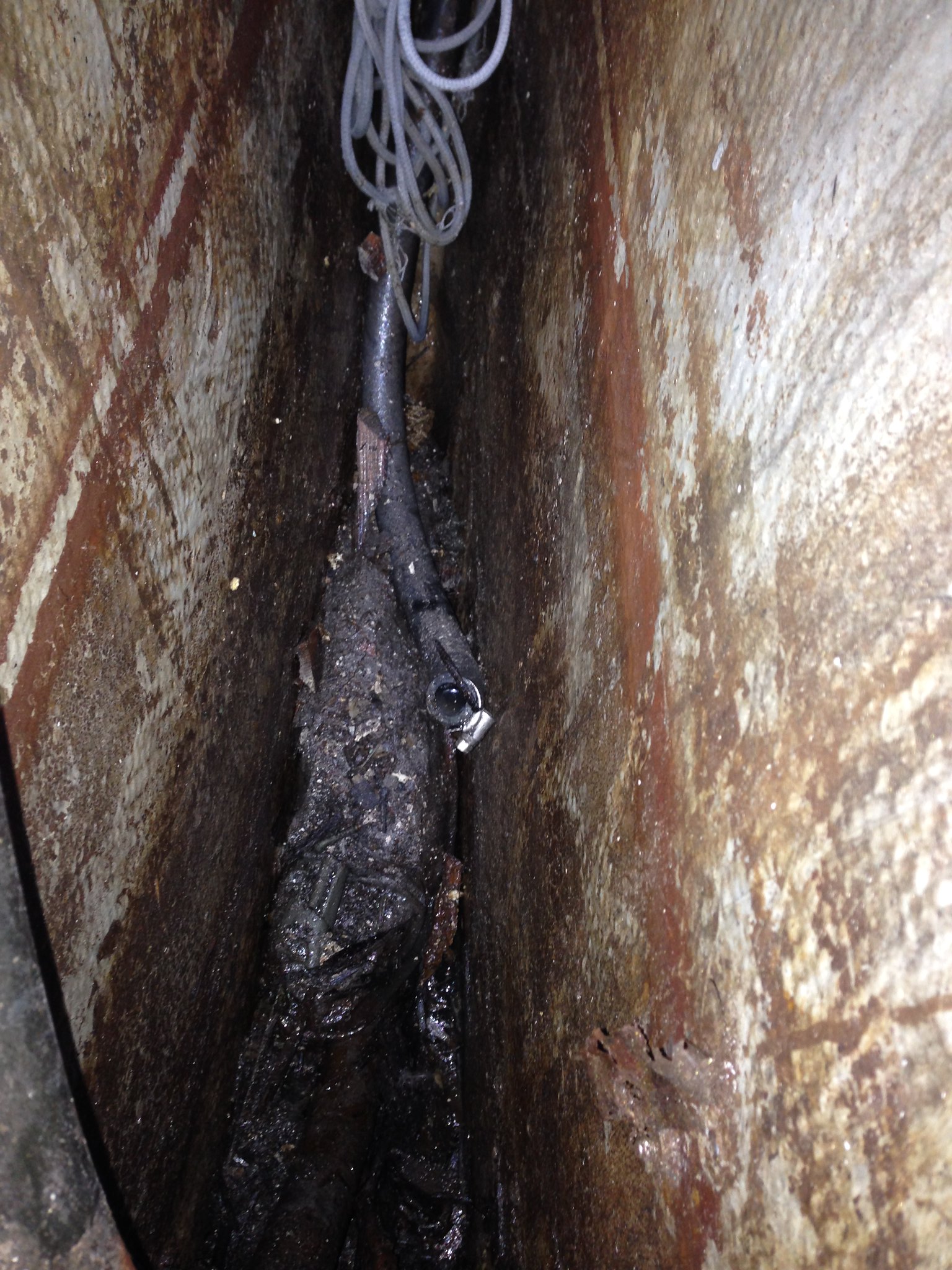 I chose not to contemplate the source of the malodorous compounds wafting past me as I disturbed the long-resting contents of the bilge. I fought to keep from retching while dredging the fetid putresence from its grave. As it was my poor fortune to discover, the manual bilge pump leaves about 2 gallons of water behind when it starts sucking air. So it was up to sponges on a stick to remove the last bit of water. Surprisingly, after sifting through the soggy dregs in the very sump of the bilge, there were no drowned rodents in evidence. 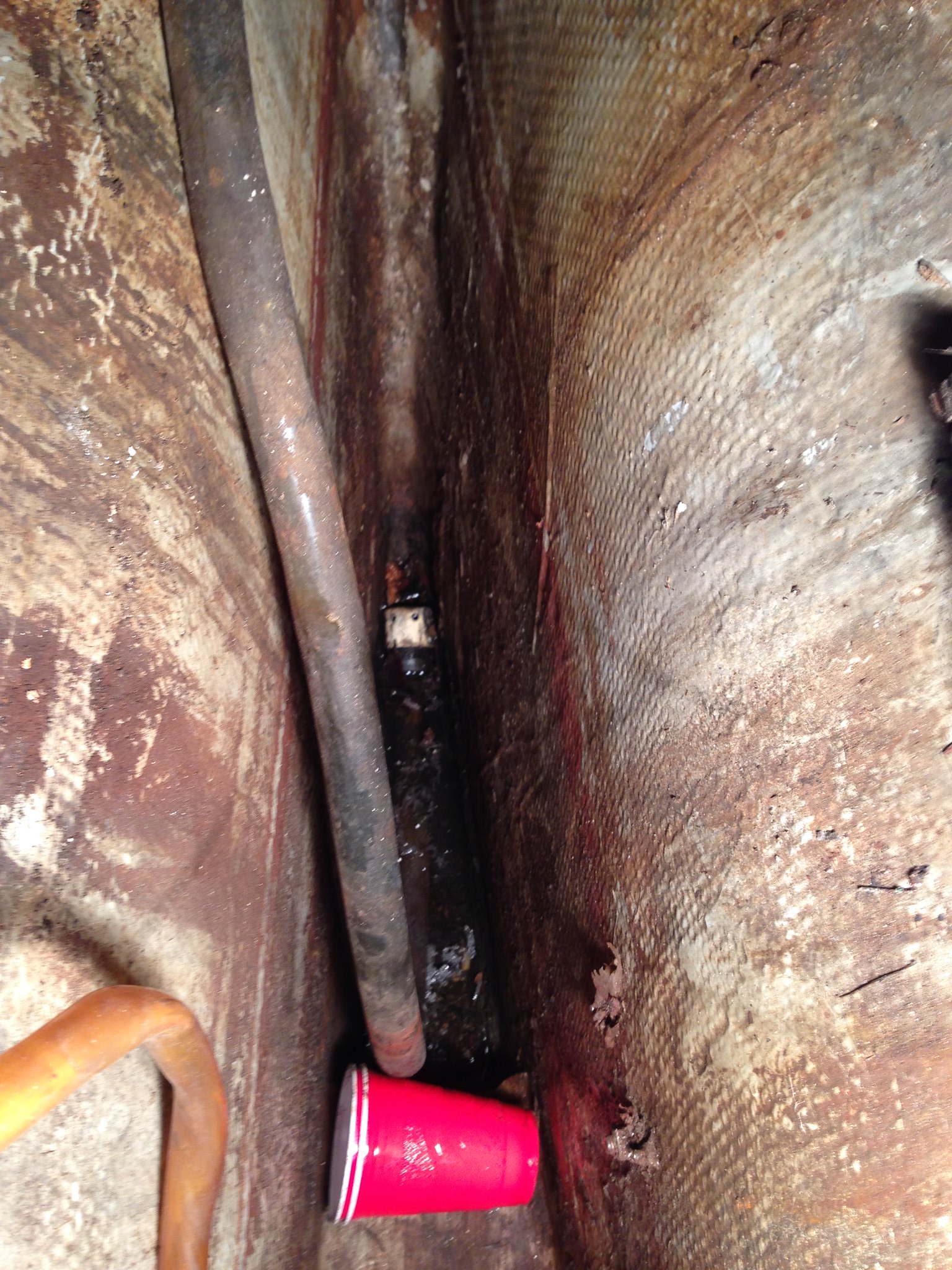 How did said water get there you may ask?. How indeed…

In the process of replacing the hoses which run from the cockpit drains to their associated through-hull fittings, I left the hoses off overnight when it rained. 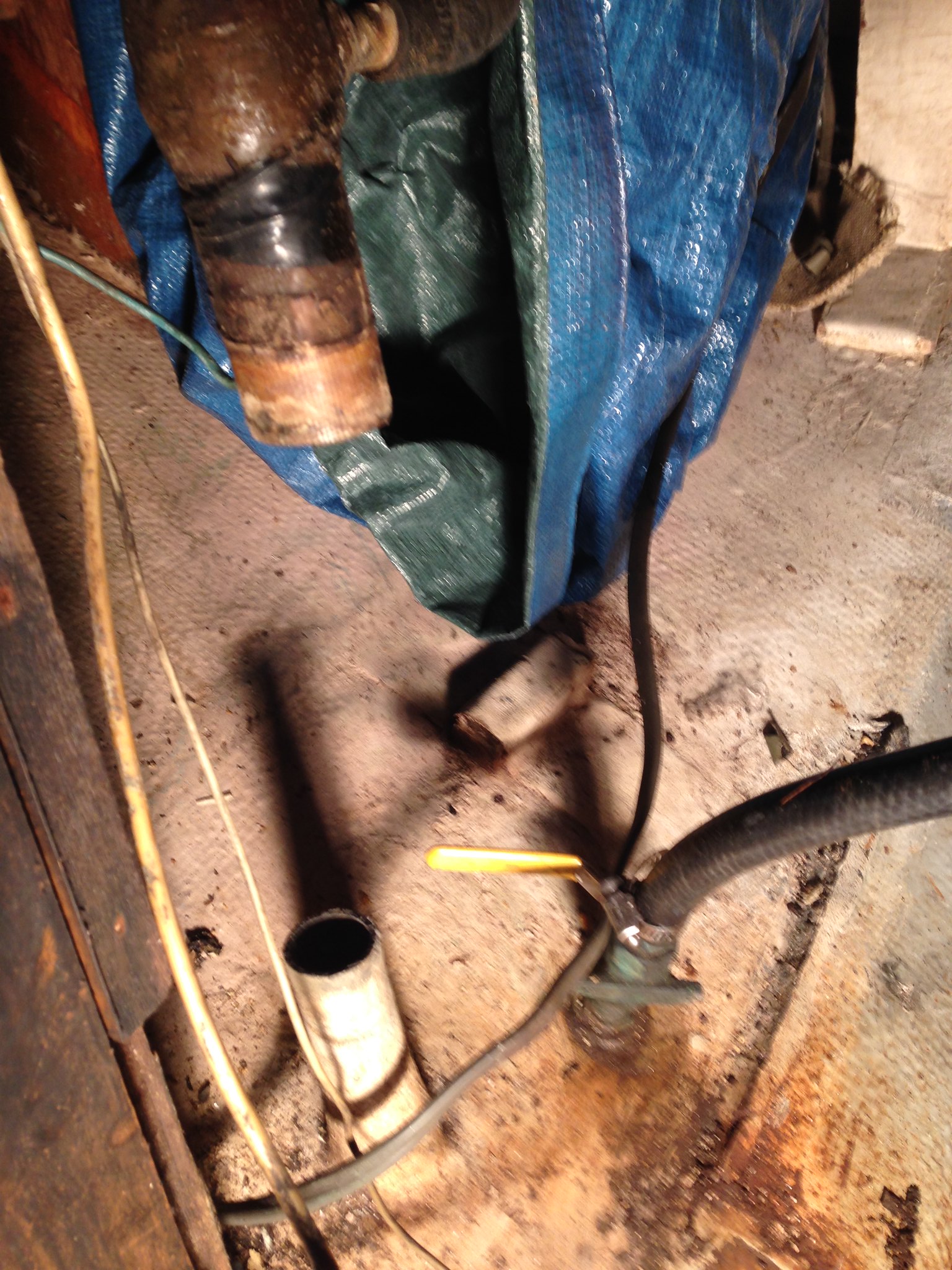 The rainwater collected in the cockpit and drained to the bilge. Probably about 10 gallons or so, not enough to overflow the bilge, but enough that I decided to stop putting off this particularly unsavory task and just take care of it. So on went the new hoses connecting the cockpit drains to their through-hulls, along with some absurdly priced fancy smancy hose clamps which supposedly apply pressure evenly around the hose…I figure not sinking is worth a little extra money. 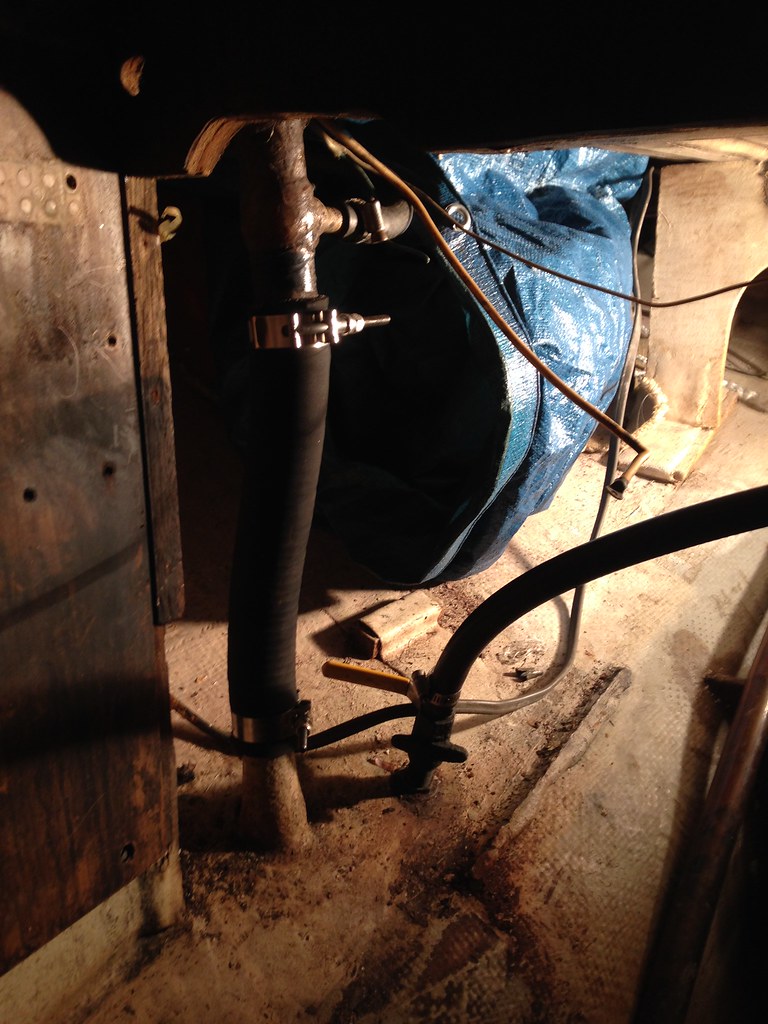 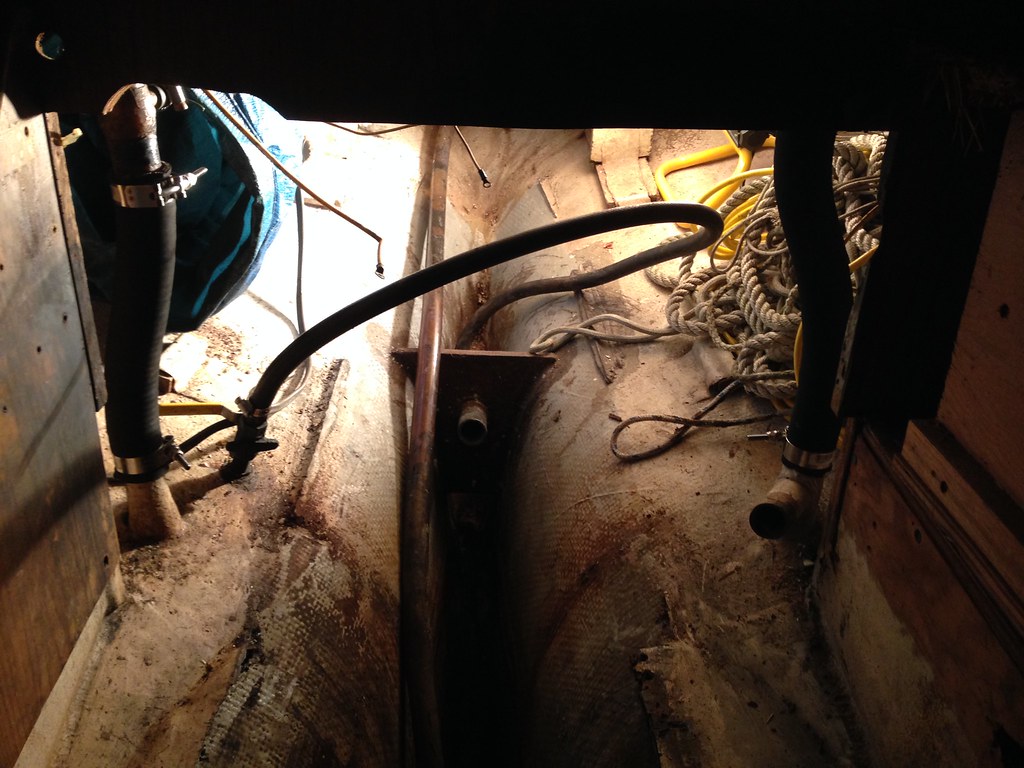 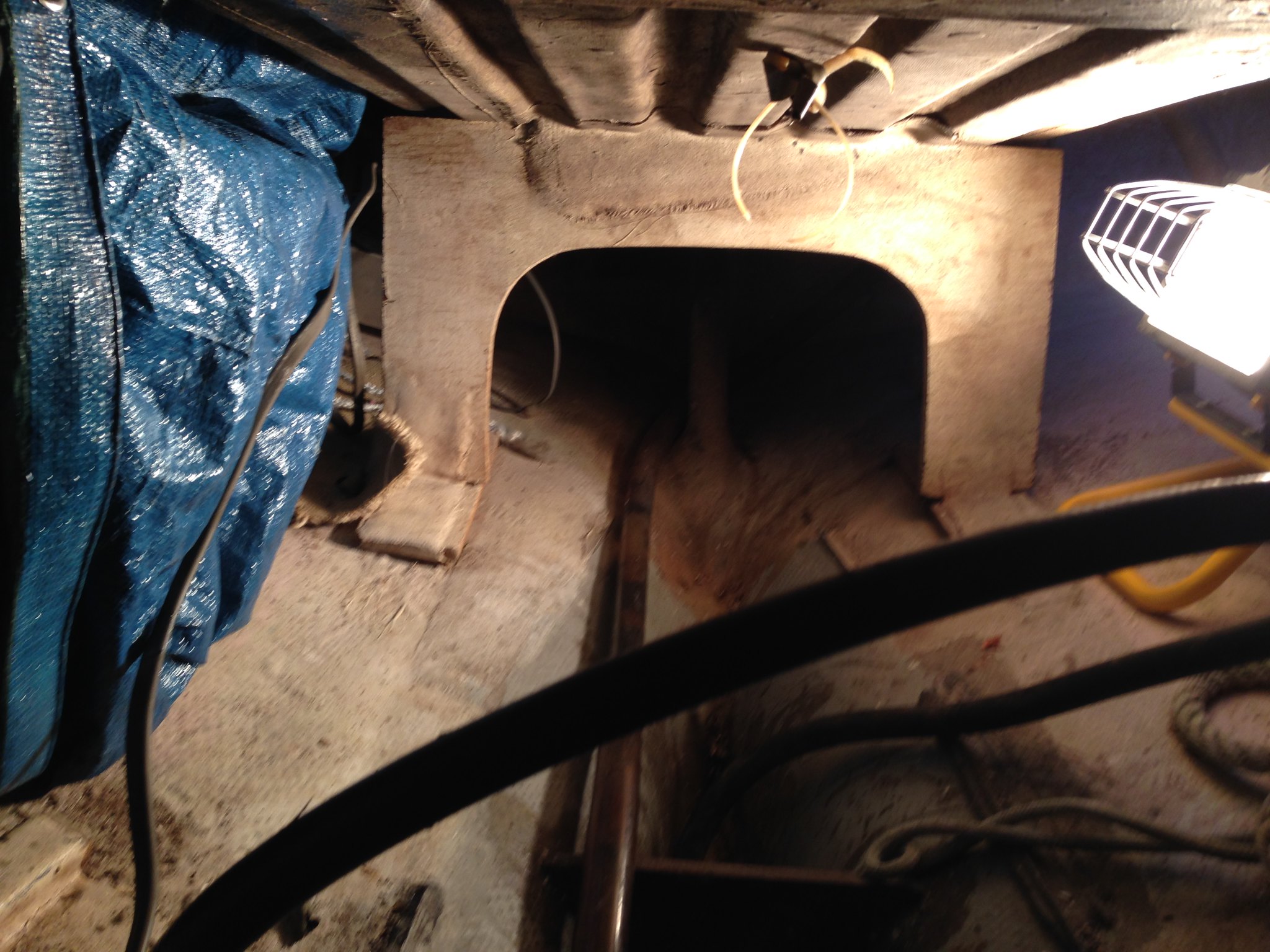 Home for the past week.

With the hoses squared away, I scrubbed out the bilge and started work on a divider to turn some of the bilge into useable stowage area. It’s a bit hard to describe, but if you look at the plans of the Ariel, you can see an area at the aft end of the keel where the edge of the lead ballast creates a sump at the very base of the bilge.

What I’m planning on doing is adding a partition so that anything stowed in the bilge won’t slide into the nasty sump. With some quick-and dirty spiling  to transfer the curve of the hull to a piece of cardboard, I traced the pattern on a piece of wood and cut ‘er out. 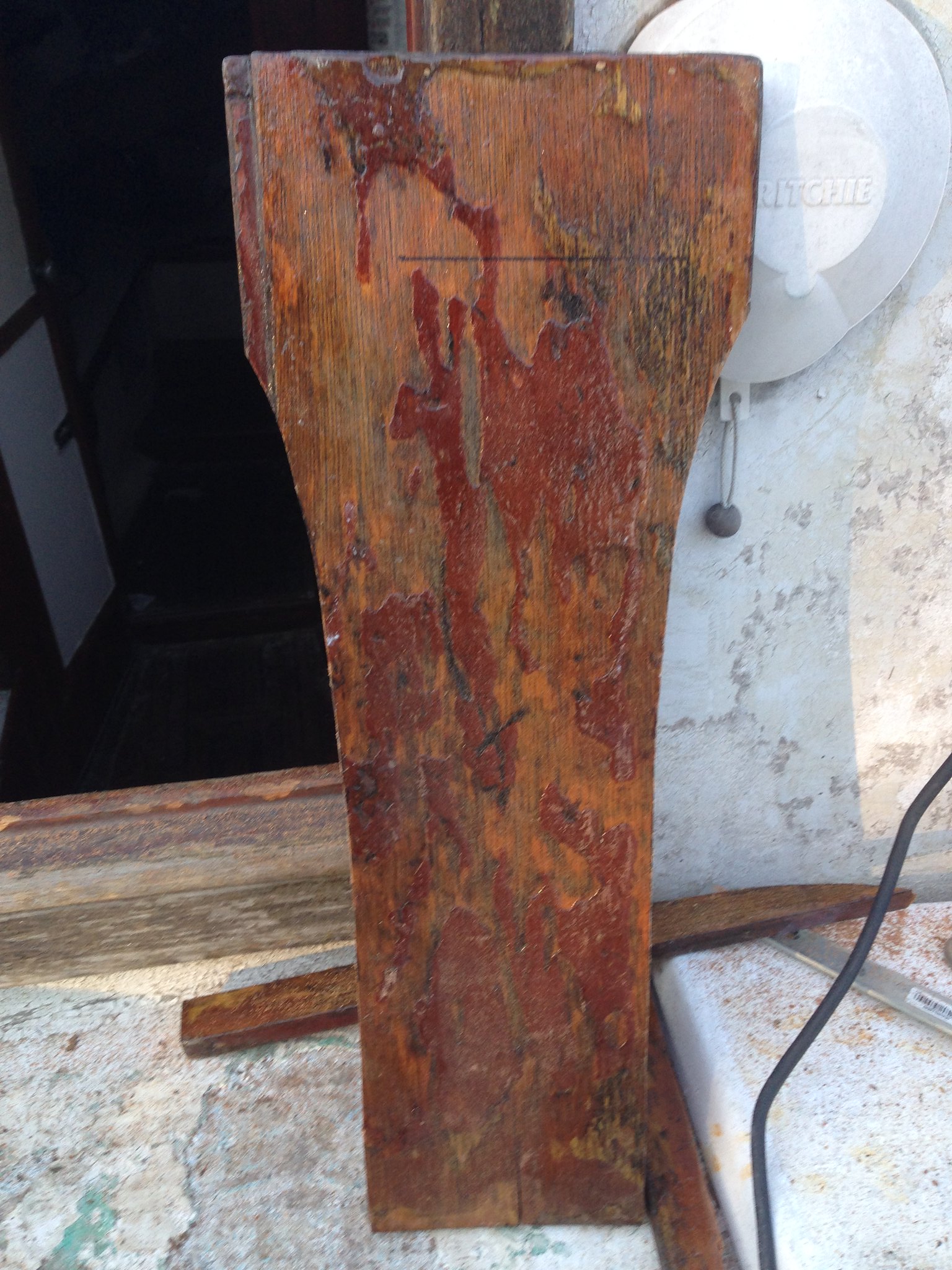 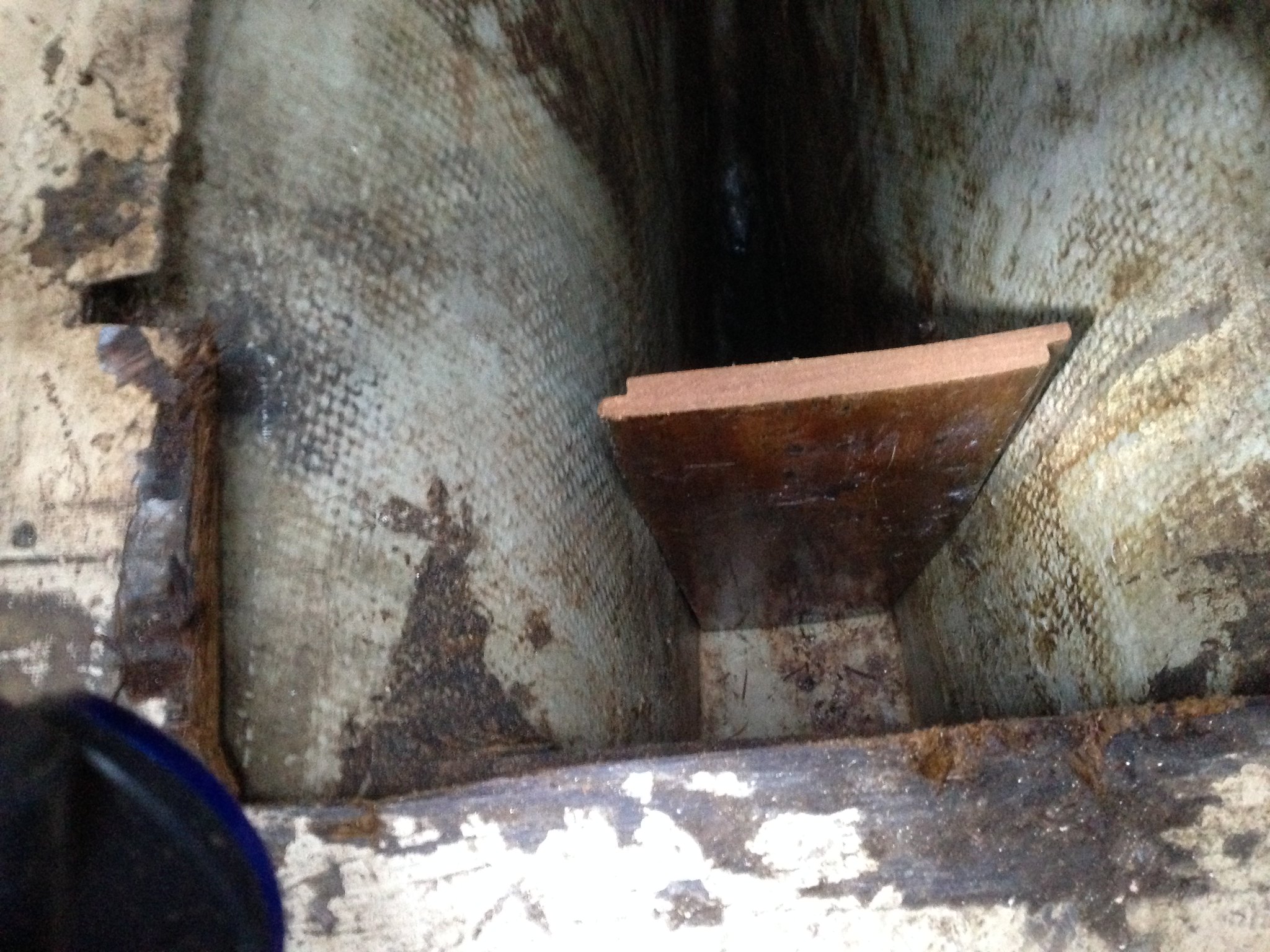 It’s not a perfect fit, which is fine because I want water to be able to drain past it. I’ll probably turn the big spotlight on it to warm things up enough to glass it in next time. Merry Christmas e’rrybody! 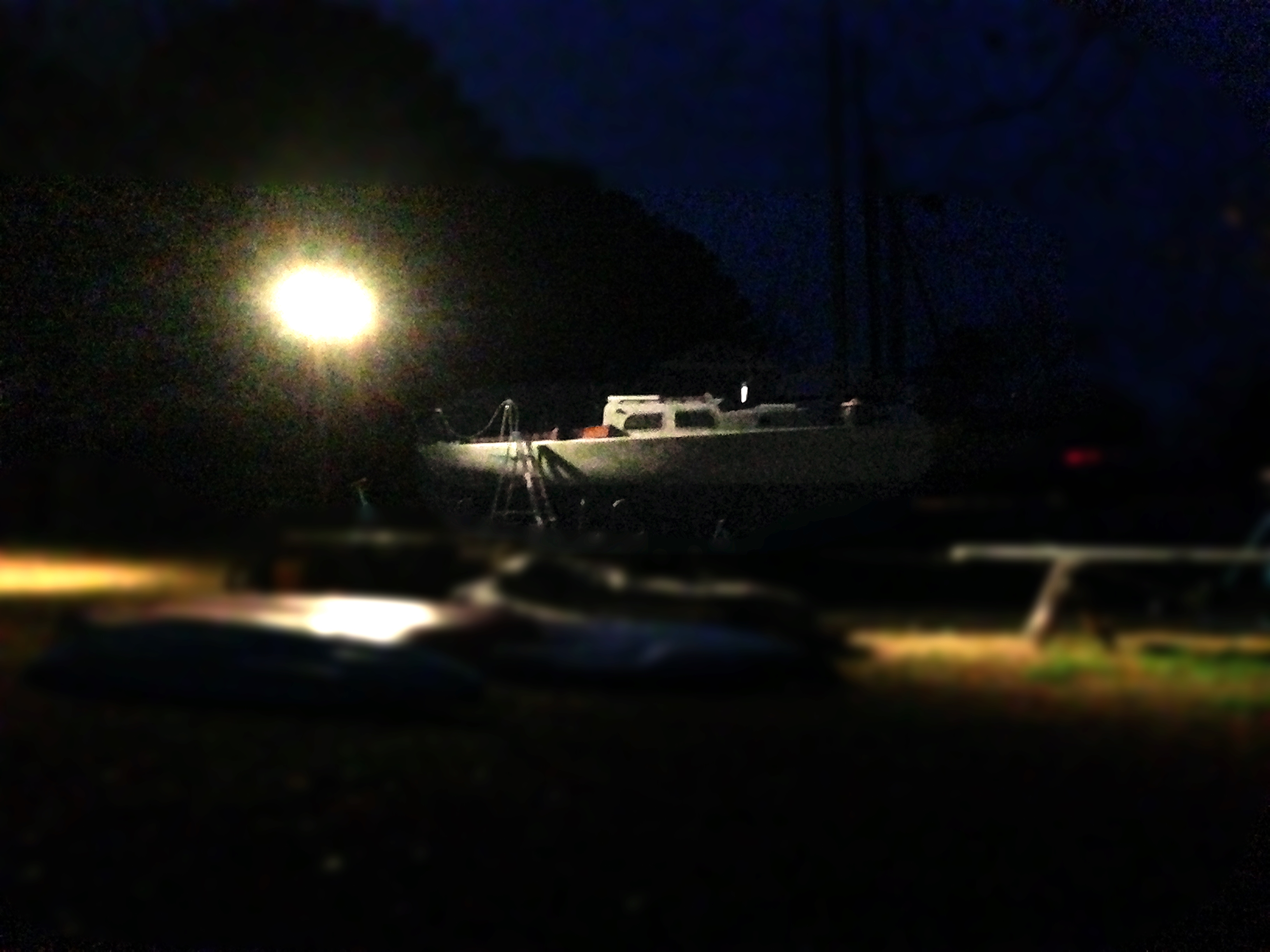 Lost a bit of momentum here once the temperature dropped consistently below 40…with no toxic goop to spread on the boat I didn’t know what to do with myself. So I sat down and made a list of interior projects that need done, and got to work pulling out the old 12-volt DC electrical system. The components of which, upon examination, appeared to have melted from the heat of the engine. A good choice then, to start from scratch. We’ll probably end up putting in a solar panel for a radio, running lights, and maybe a tiller pilot. That’s a bit down the road at this point.

Another nagging item has been to pull out the chainplates and have a look at what condition they’re in. The chainplates are the hefty chunks of metal which attach the standing rigging (which holds up the mast) to the boat. They’re attached to bulkheads belowdecks and pop up through little slots in the deck. 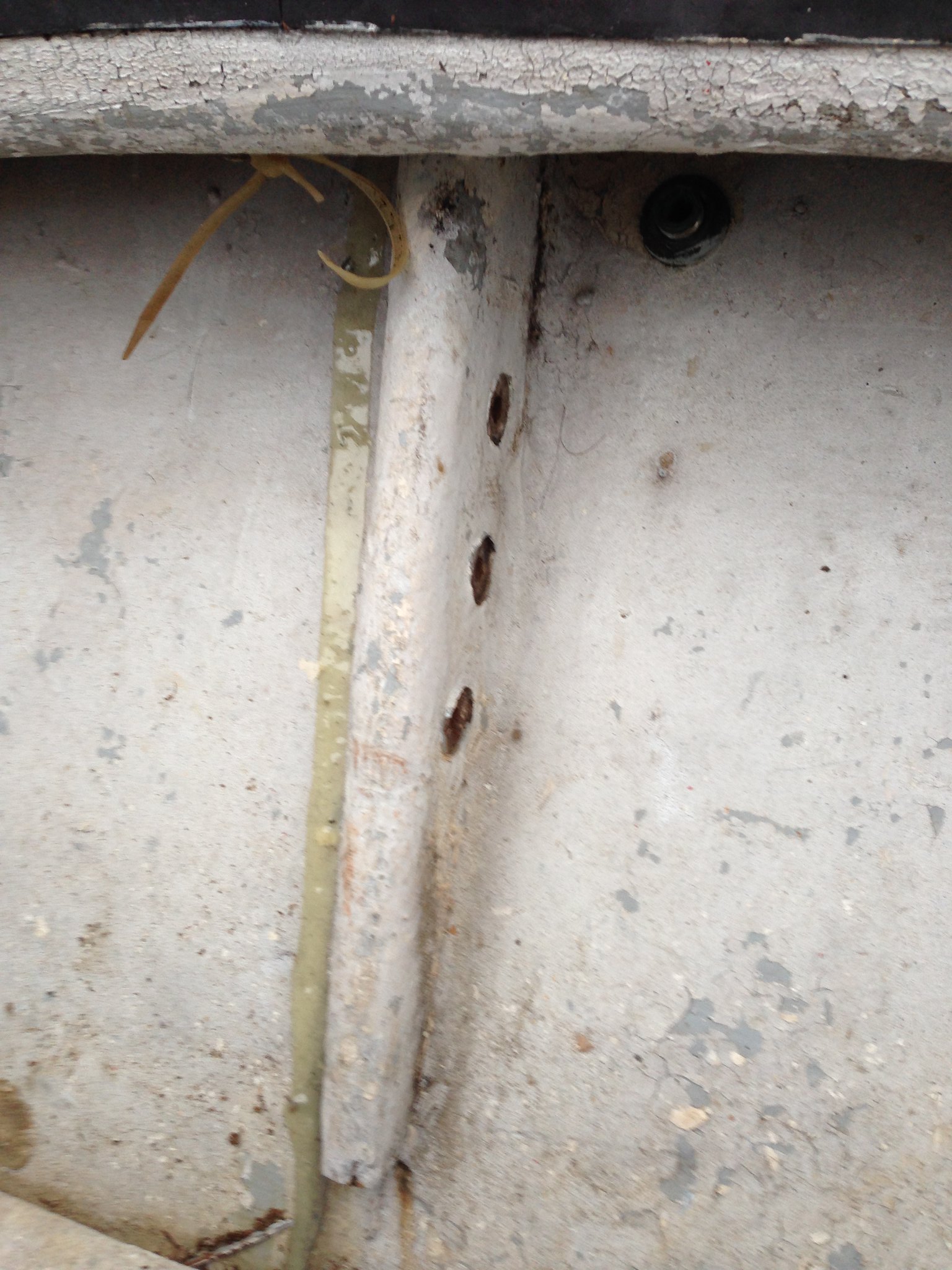 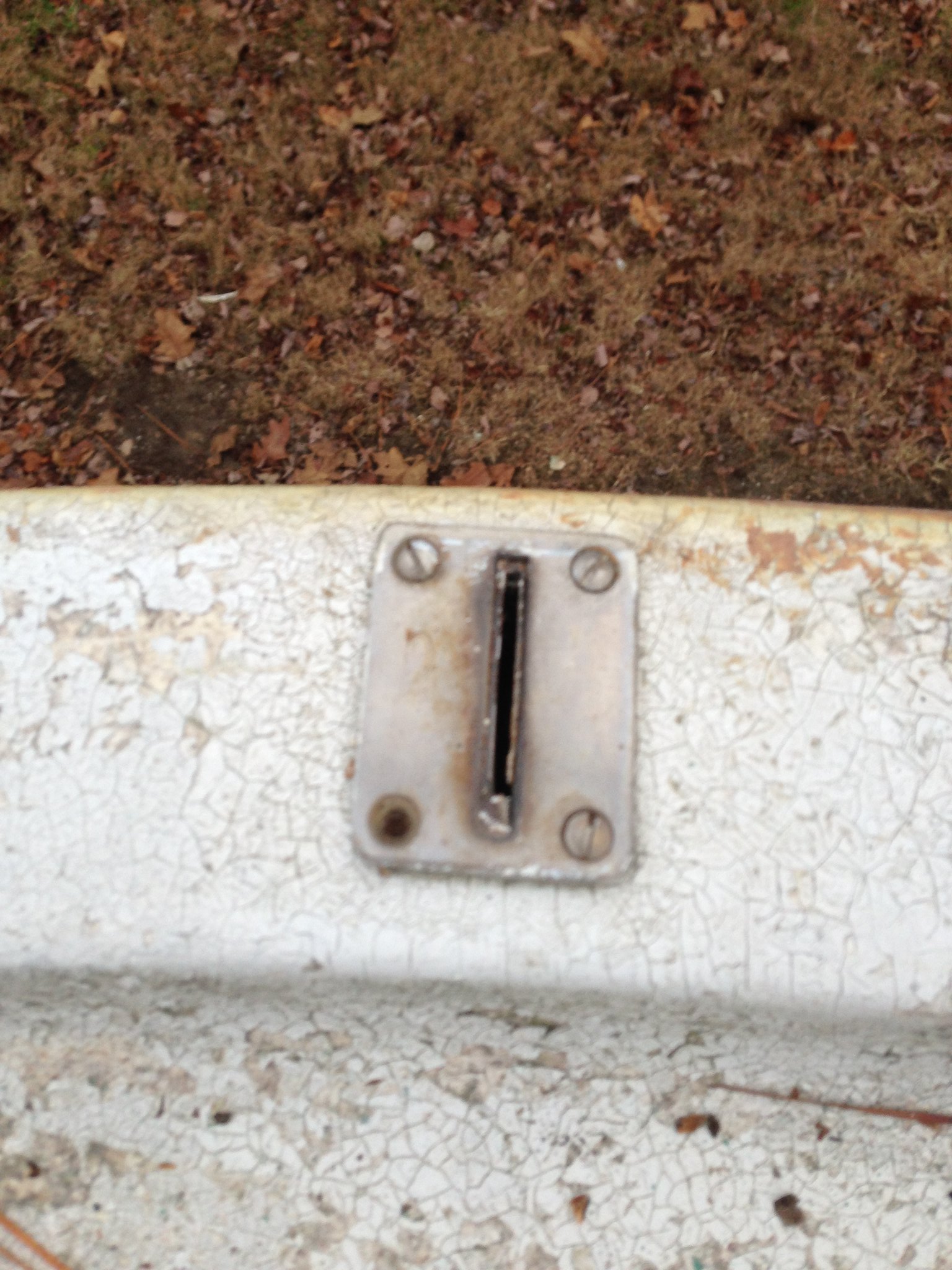 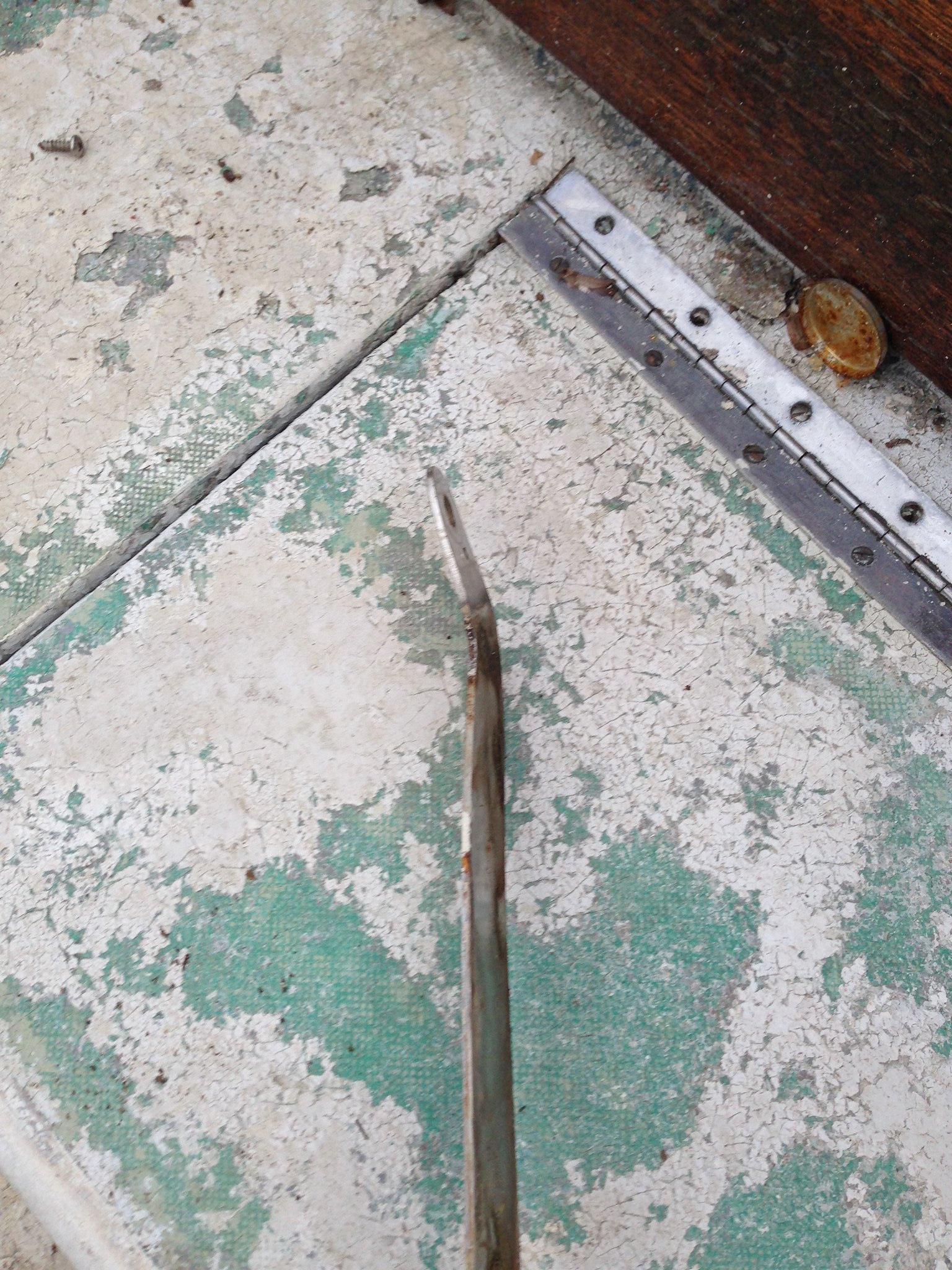 Pretty sure rust and bends are bad

Most of them look like this- a little bit of corrosion but pretty good. I need to do some research and see how much corrosion is too much. 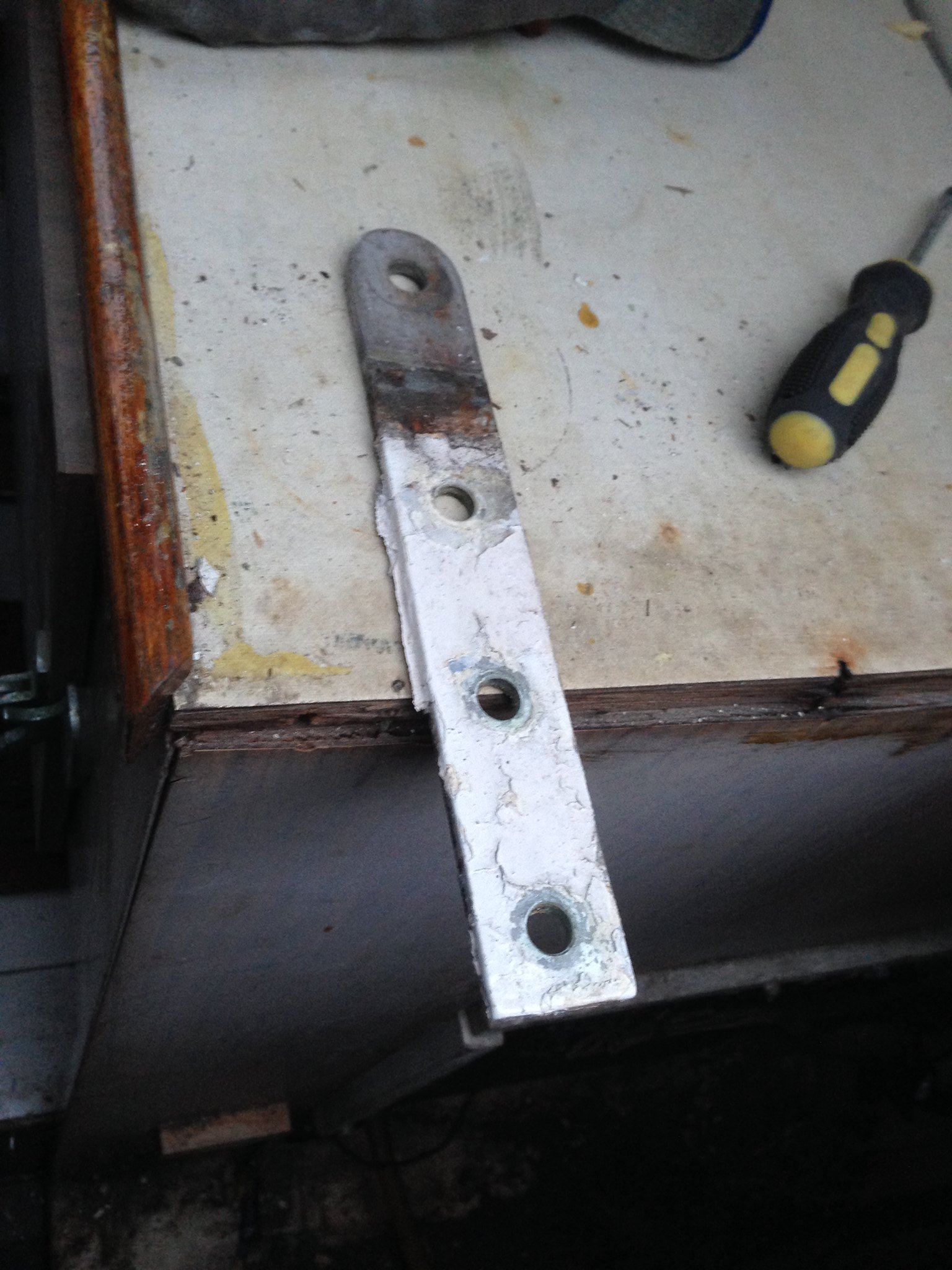 Ryan came out to give me a hand removing the bolts on the last few- some of the chainplates are bolted to bulkheads in the boat that required a set of hands on each side. 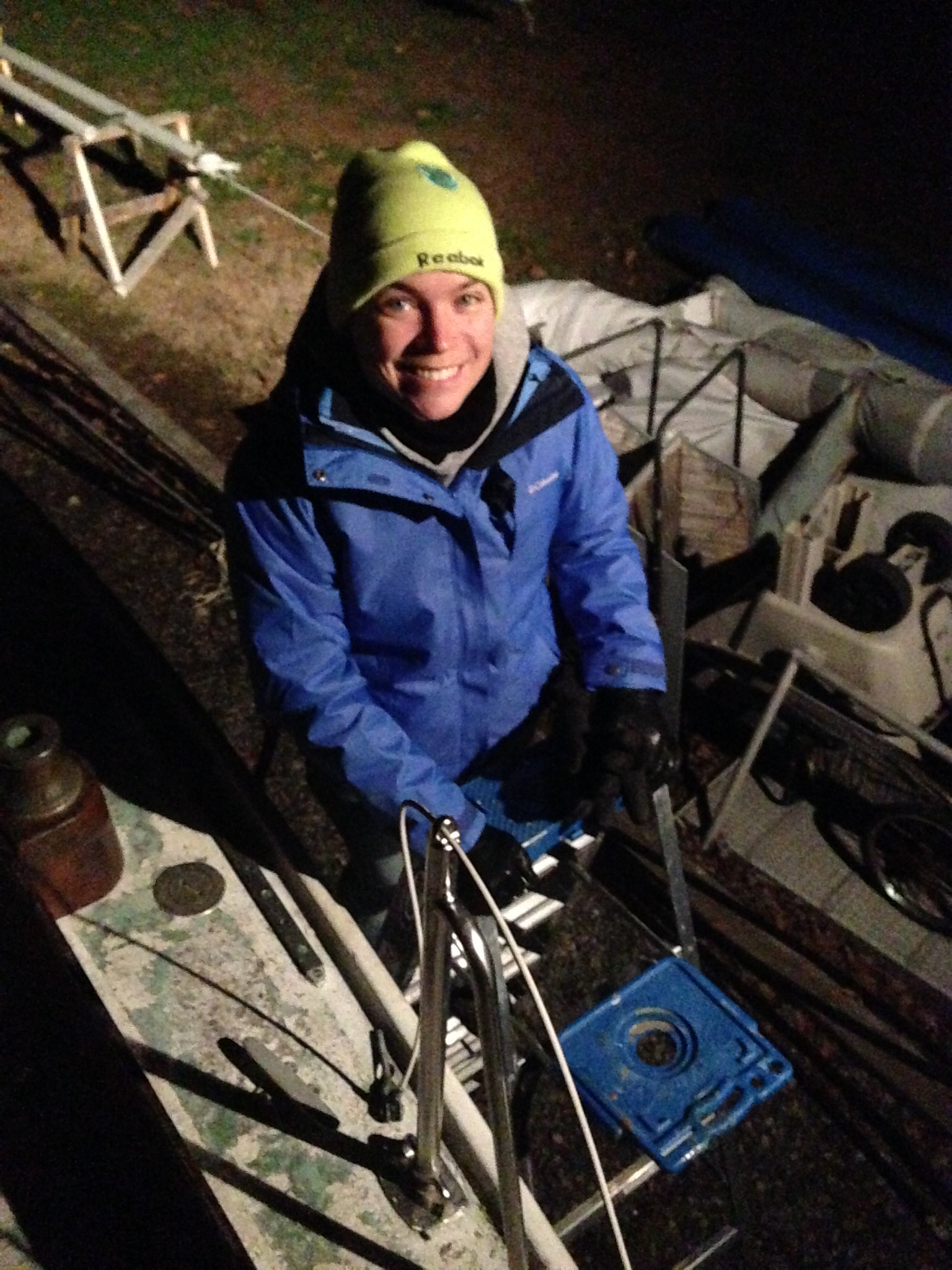 Pulled out the last few… 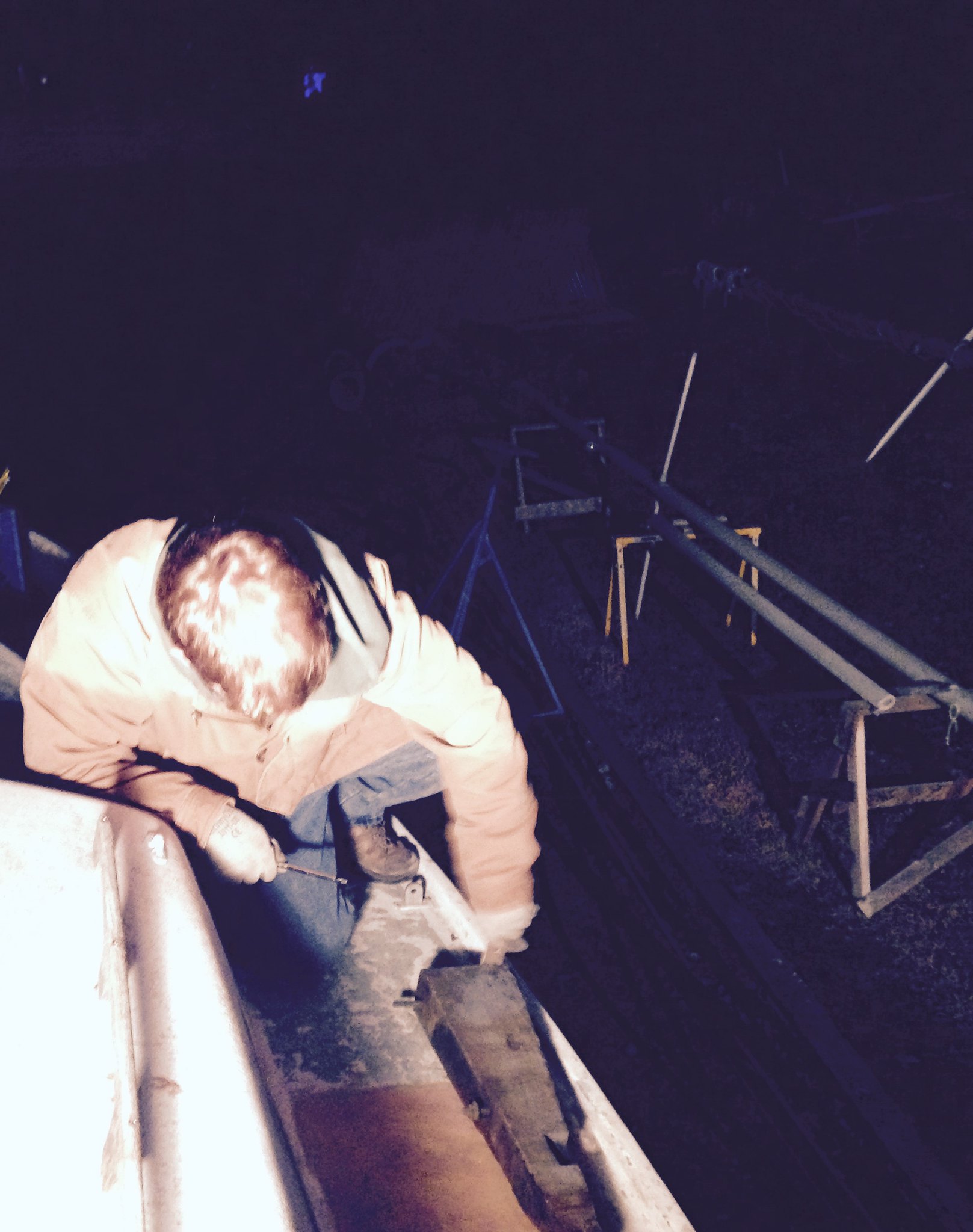 and covered the holes with play-doh! 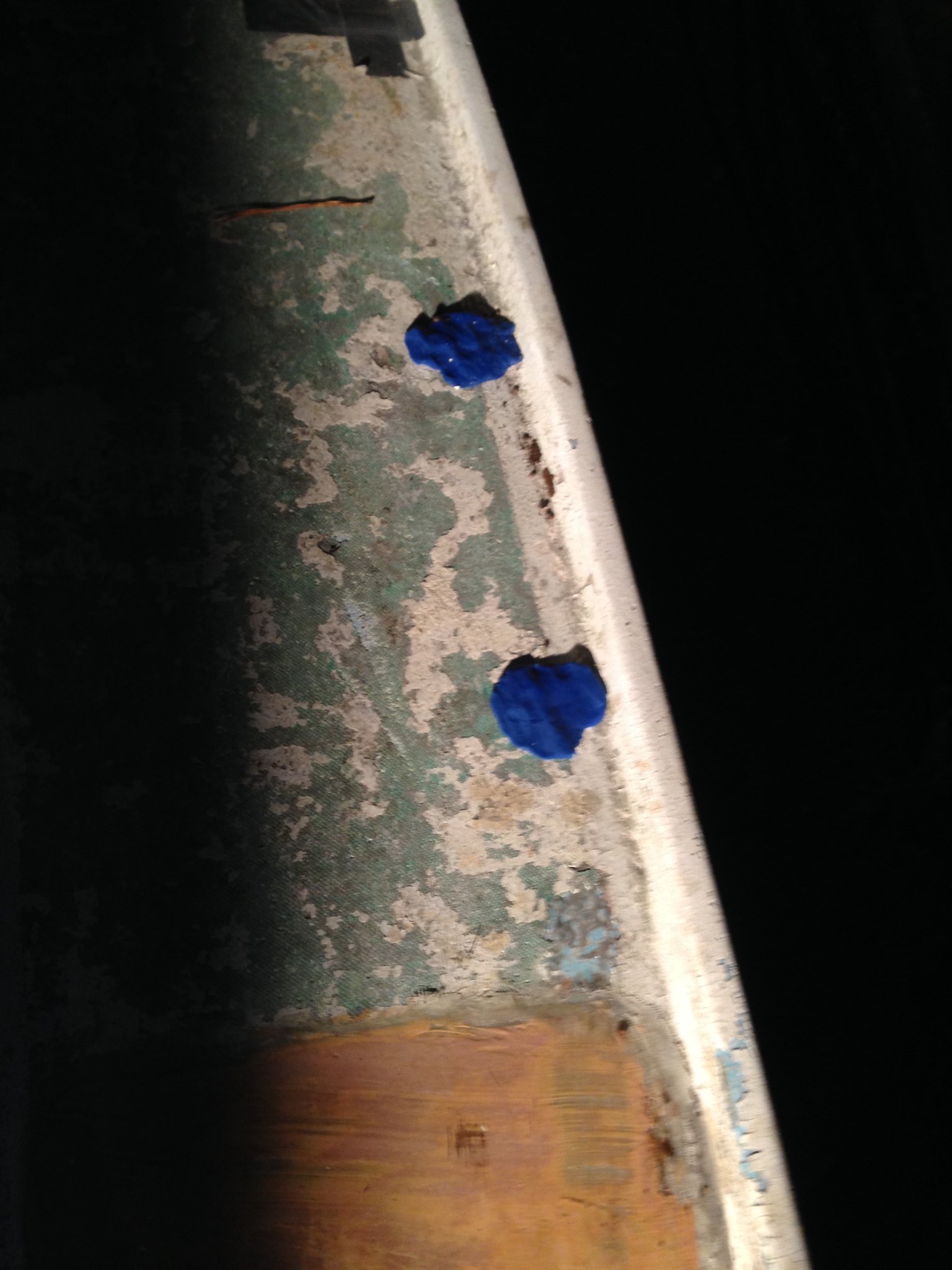 Oh yea, and the yard pulled the engine out too. 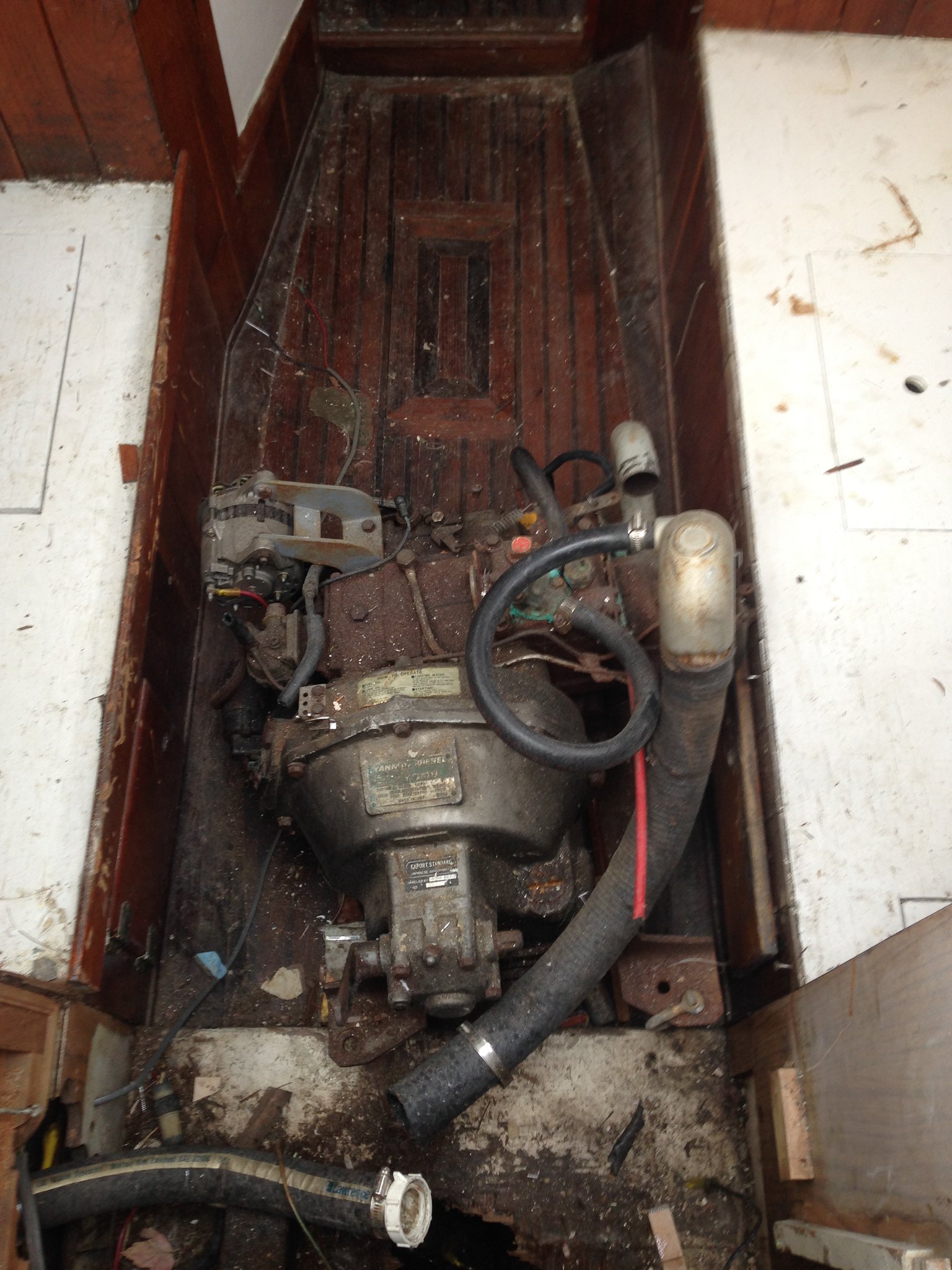 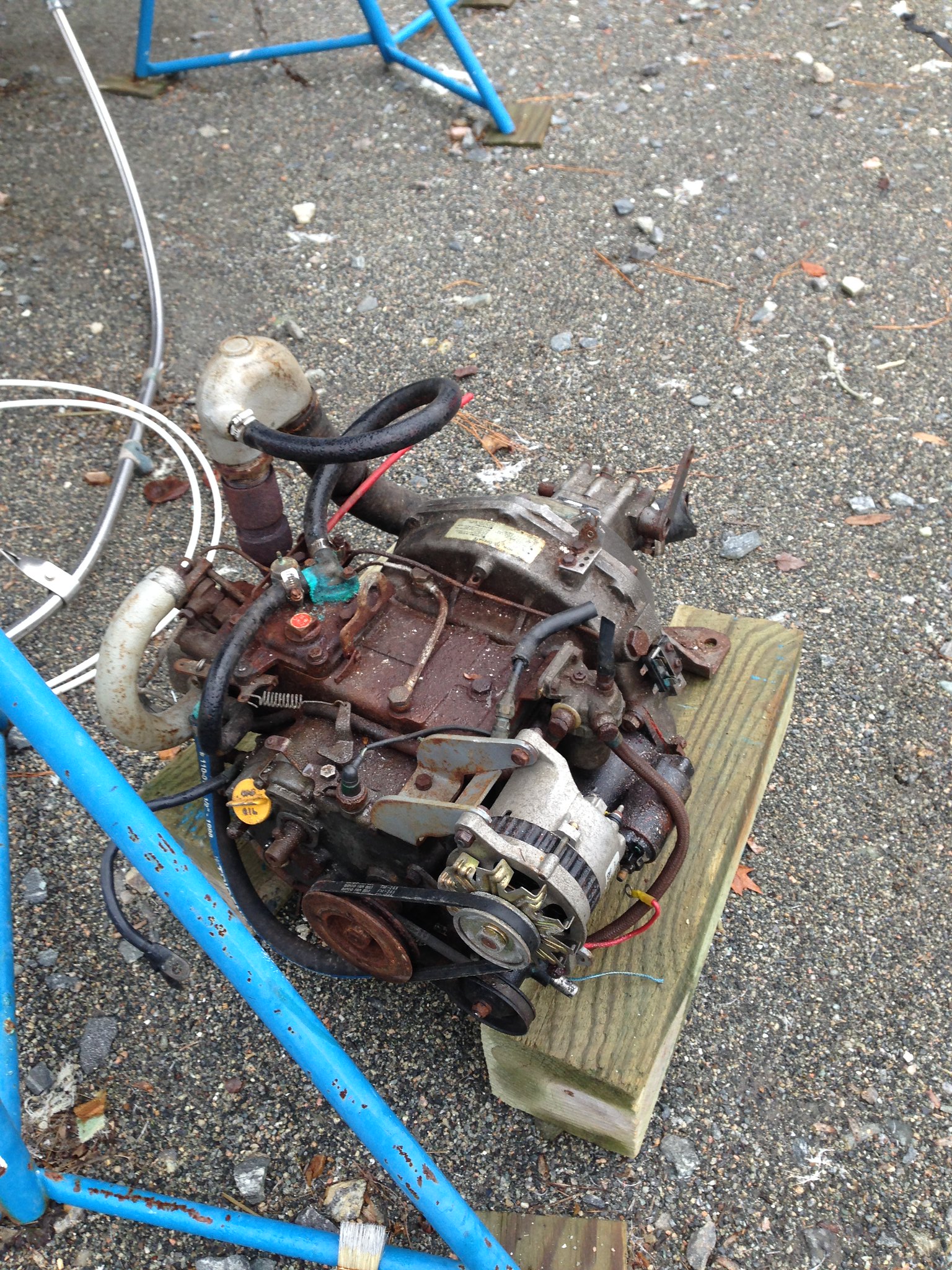 Anyone interested in purchasing an 8 HP diesel engine? Anyone?